Follow @bentinsley
FORT WORTH — Richard Allen, a professor of film, television and digital media at Texas Christian University, and his daughter, playwright Rebekah Allen of New York City, both will see their separate plays hit the stage in different states in early October.
Richard Allen is directing Bad Jews, a take-no-prisoners comedy about family, legacy and faith that will run Oct. 1 through Nov. 1 at Stage West Theatre, 821/823 West Vickery Blvd. in Fort Worth.
Rebekah Allen, 22, wrote and composed We Are The Tigers, a musical directed by Michael Bello that premieres at the Hudson Theatre in Los Angeles on Saturday, Oct. 10.
The production officially runs through Sunday, Nov. 8, although previews for that show start as early as Oct. 2.
Cantor Sheri Allen of Arlington Congregation Beth Shalom, Rebekah Allen’s mother and Richard Allen’s wife, said it is very interesting having two members of her nuclear family involved in such intense drama projects at roughly the same time.
“We are simply overdosing on creativity here in the Allen abode,” she said. 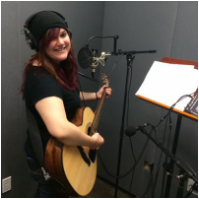 Bad Jews — written by playwright Joshua Harmon — runs roughly 90 minutes. It presents the complex — and perhaps even explosive — relationships between three young-adult Jewish cousins whose Holocaust survivor grandfather just died, Richard Allen said.
The conflict is between Daphna (played by Kelsey Milbourn), who is a devout Jew, and her cousin Liam (played by Garret Storms) who … isn’t. 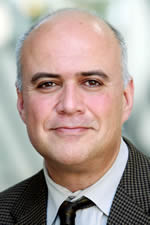 Liam’s girlfriend Melody (played by Alexandra Lawrence), and Jonah (played by Matthew Grondin), his brother, round out a cast of four.
The conflict centers on the deceased grandfather’s Chai necklace.
“Their fight is over who deserves the necklace,” Richard Allen explained. “It’s billed as a comedy because of the extremes of the arguments but it has a lot to say about issues such as immigration. … The question is asked, ‘What happened to the third generation? What have they done?’ There’s some pretty heavy stuff going on.”
Despite the hectic-sounding title, the play has been well received by mainstream audiences, he said.
Allen said he did his best to acclimate the cast to Judaism during the course of rehearsals — one technique of which was to have them over for Shabbat dinner.
During a Monday telephone interview from L.A., Rebekah Allen said We Are The Tigers is the first play or musical she has written since graduating from the Fort Worth Academy of Fine Arts.
As far as the cast is concerned, this is L.A. So you may already have seen a few of these actors:
Ari Afsar (American Idol), who plays Eva Sanchez; Adam Cropper, who plays Clark; Cait Fairbanks (Heathers The Musical), who plays Chess; Talissa Friedman (The Last Goodbye), who plays Farrah; Gabi Hankins, who plays Reese; Jade Johnson (Recorded in Hollywood), who plays Cairo; Rachel King, who plays Annleigh; Cailan Rose (Hair on Broadway), who plays Kate; Callandra Olivia, who plays Riley; Charlotte Mary Wen, who plays Mattie; Ashley Lynette Brown, female understudy; Katie Deshan, female understudy; and Patrick Riley, male understudy.
“I wanted to create a cast that was heavily female,” Rebekah said.
She and members of the cast have temporarily moved from New York to Los Angeles while the musical is being performed.
The show recently completed an artistic residency at New York City’s Musical Theatre Factory, where it presented two sold-out workshop performances.
The plot of the musical is inspired by pop culture. Rebekah said the show and many cast members draw inspiration from the acclaimed television horror TV series, Joss Whedon’s Buffy The Vampire Slayer.
“This is a pop-rock cheer murder mystery about a group of high school cheerleaders whose annual sleepover turns murderous when two of them get killed,” Rebekah said. “It’s a very dark comedy inspired by teen horror — my favorite kind.”
This two-act musical weighs in at about 108 pages and has been Rebekah’s passion project since she first attended Columbia College Chicago, her alma mater.
“I started writing this when I was a freshman in college,” she said.