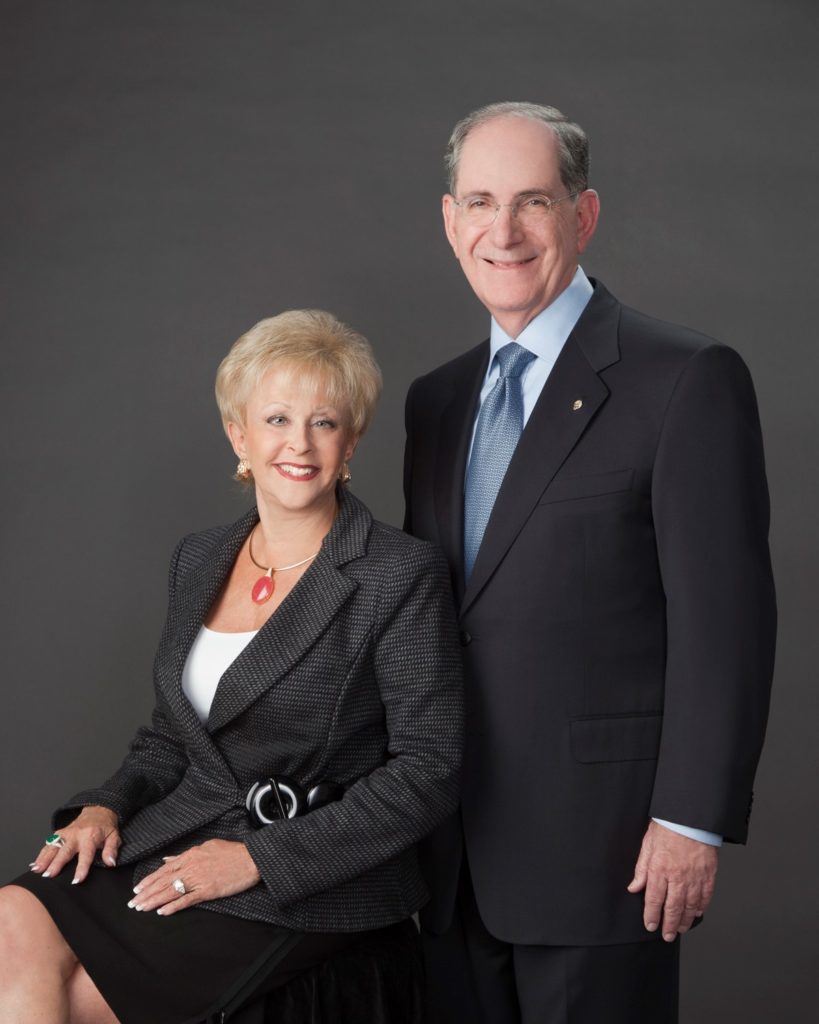 Fort Worth and Tarrant County have a terrific evening planned March 3, when Harriette and Arnie Gachman will be presented with the Manny and Roz Rosenthal Spirit of Federation Award at the Federation’s Annual Big Event. The entertainment should be fantastic as well with comedian Joel Chasnoff followed by a culinary demonstration by Israeli-born restaurateur Einat Admony. I remember hearing Joel Chasnoff for the first time about 15 years ago. He was the featured entertainer at the American Jewish Press Association’s annual conference. He is funny. And, from what I hear, he’s refined his act over the years and it’s only gotten better. In November he appeared at a sold-out Shearith Israel Sisterhood fundraiser in Dallas and received rave reviews. I can’t think of anyone more deserving of the Manny and Roz Rosenthal Spirit of Federation Award than Harriette and Arnie Gachman They are mensches defined. Read on for more details.
Federation will fete Gachmans at Campaign Big Event, March 3
Do you like to laugh? Do you like to eat delicious food? Of course you do, so make a point of going to Belly Laughs, Comedy that Cooks! At 7:30 p.m. Saturday, March 3, come to Beth-El to celebrate the Jewish Federation’s 2018 Annual Campaign Big Event!
Be entertained by Israeli-born restaurateur Einat Admony, the owner of four New York City restaurants who’s won the TV show Chopped! twice, and Texas-born comedian Joel Chasnoff, who served in the Israeli army and wrote a best-selling memoir about it.
During the event, the Federation will honor Harriette and Arnie Gachman with its most prestigious honor, the Manny and Roz Rosenthal Spirit of Federation Award.
On April 7, 2016, with the support of the Rosenthal family the Federation presented the Manny and Roz Rosenthal Spirit of Federation Award for the first time. This award was created to honor the Rosenthal family’s long-standing dedication to the Fort Worth Jewish community’s well-being and its first honorees were Roz Rosenthal and Lou Barnett. Last year, the Federation honored Marcia Kurtz with this prestigious award.
This year, the Jewish Federation honors the steadfast leadership of Arnie and Harriette Gachman.
When asked what receiving this award means to them, Arnie shared, “Our community leaders realized that to sustain Federation is to preserve Jewish values, culture and tzedakah.
“Harriette and I have learned from your past honorees and many other wonderful contributors of past generations the need for Federation. The result is a Federation that touches every Jewish person and many others in Tarrant County every day. Simply, the modern model not only helps Jewish needs around the world; it supports needs in our own community.
“Manny and Roz and all the past recipients guided and mentored us through example and inclusion. We are humbled and loving of those previously recognized. We would never seek a reward or anything self-serving for doing what is a mitzvah. The highest form of giving is giving anonymously, yet years ago these past honorees and leaders explained that it is important that others know that you are a part of community that is counted on to make a difference.”
The Fort Worth Jewish community is indebted to Arnie and Harriette for the leadership that they have given, and continue to give, to its Jewish community.
“We are thrilled to honor them with this special award. Please join us March 3 at Belly Laughs to help us say thank you,” said Bob Goldberg, Federation executive director.
Arnie summed up his and Harriette’s feelings about the future of the Fort Worth and Tarrant County Jewish community, “Our Jewish community’s future is bright, as Tarrant County will grow rapidly. The challenge is what legacy will enrich our children and future generations? What will we do to build that legacy? Our Federation joining with all our synagogues has a plan to make that happen. Progress and results only happen when we are willing to share and commit our time, energy, knowledge and generosity to make a better Jewish community.”
The 2018 Annual Campaign Big Event, Belly Laughs is Saturday, March 3, at 7:30 p.m. at Beth-El Congregation. Tickets are $18 per person. RSVP by calling the Federation office at 817-569-0892 or email Cindy Simon at c.simon@tarrantfederation.org or go online to https://www.tarrantfederation.org/2018-annual-campaign.
Event co-chairs are Federation President Diane Kleinman and Campaign Co-chairs Cheryl Visosky and Robert Simon, who have been working diligently to plan a fabulous evening.