Christmas Day is synonymous with a lot of things, including lights, trees, presents and even Chinese food. But, for a group of Kaplan AZA teenagers in 1964, it was a day to lace up the cleats and play some football.
Little did they know that 50 years later it would become a tradition that still stands today.
The 50th Annual Christmas Day Classic Football Game originally took place at Julius Schepps Community Center (now the Jewish Community Center) between 16 Kaplan teenagers. Over the years, the Classic morphed from high school fun in the ‘60s, to a college reunion in the ‘70s when guys returned home from school and war, to adulthood in the ‘80s, and now to a game where generations of friends, children and even grandchildren sling footballs, share laughs and celebrate the glory of an ageless tradition.
“This can’t be explained other than a warmth in our heart, and a love that flows from family to family,” said Ron Meyers, whose parents’ home served as the backdrop to football games a year before the Classic began. “Just like the Jewish religion, it’s about tradition, friendship, coming back and culture. We are there for everybody. That’s 50 years.”

The first 12 years of the Classic involved playing tackle football without pads, a thought many players acknowledged seems crazy today.
“It was pure machismo,” said Rabbi Steve Gutow, a lawyer and president and CEO of the Jewish Council for Public Affairs headquartered in New York. “It was a less guarded time, where people weren’t thinking so much about protection and getting hurt. So, we just did it, and it seemed natural. It was a little crazy in retrospect. Maybe a lot crazy.”
Today’s antics are far less dangerous, yet still entertaining. The annual pre-party preceded this year’s game at the Texas Theatre in Oak Cliff — where Lee Harvey Oswald was arrested Nov. 22, 1963 for the assassination of U.S. President John F. Kennedy and the killing of Dallas police officer J.D. Tippit.
There at this historical spot, around 150 guests could be found shmoozing, partaking of Mexican food and Ruth Schor’s famous falafel balls, witnessing six originals roast each other and relive old memories onstage, and watching an 18-minute film commemorating the game’s history and background.
Andy Gutow, Janeen Kelminson and Neil Landsman — Classic participants from years past who have passed away — were on the minds of everyone as they played Christmas Day and reminisced about the last half century of esprit de corps.
Ruth’s husband, Mark, a Classic original, co-produced the Malone Pictures film, and played a significant role in all the events surrounding the 50th anniversary.
“The game is a metaphor for friendship, love and loyalty to each other,” Mark said. “As Jews, we created our own tradition.”
One person who has become immersed in that tradition at every stage is Ron Meyers’ brother, Mitch, who was relegated to practice throws and ball boy duties until age 12. Now 55, he reflects on what the Classic means to him.
“I have learned from day one that these boys-turned-men were free thinkers, liberals, idealists, people that spoke their beliefs and changed as the times changed,” said Mitch, whom many of the 16 originals still call one of the best athletes in the game. “They taught me the meaning of love, honesty, true beliefs and how to think for myself. The Classic is so much more than a game; it is camaraderie, true friendships that endure time, politics, love, life and how you can’t ever forget where you came from. The game is great, but the people are even better. They are my heroes.”
One of those heroes is Michael Gallant, who is famous for his colorful jokes and pass catching abilities in the game, which really took off in 1974 when Classic original Mike Eisenberg started his annual newsletter and each game was followed with a commemorative photo. The event means many things to many people, but for Gallant, it truly encompasses the love of his life.
“For me personally, it changed my life,” said Gallant, an original member, whose children, Ben and Marissa, play every year. “I met Ann at a pregame party in 1983, and we married in 1985. I’ve learned that friendship and loyalty have a very important place in a person’s life. No matter what happens to us, we always have each other and the Christmas Day Classic.”
“This is a tradition that has kept my father and his best friends and their respective families bound together for the last 50 years,” said Aviv Schor, Mark’s middle son. “It’s so rare to keep something of this magnitude up for so long, and we keep coming back for more. That in itself reveals how special this is, and it’s up to me, my brothers and others in my generation to keep this going.” 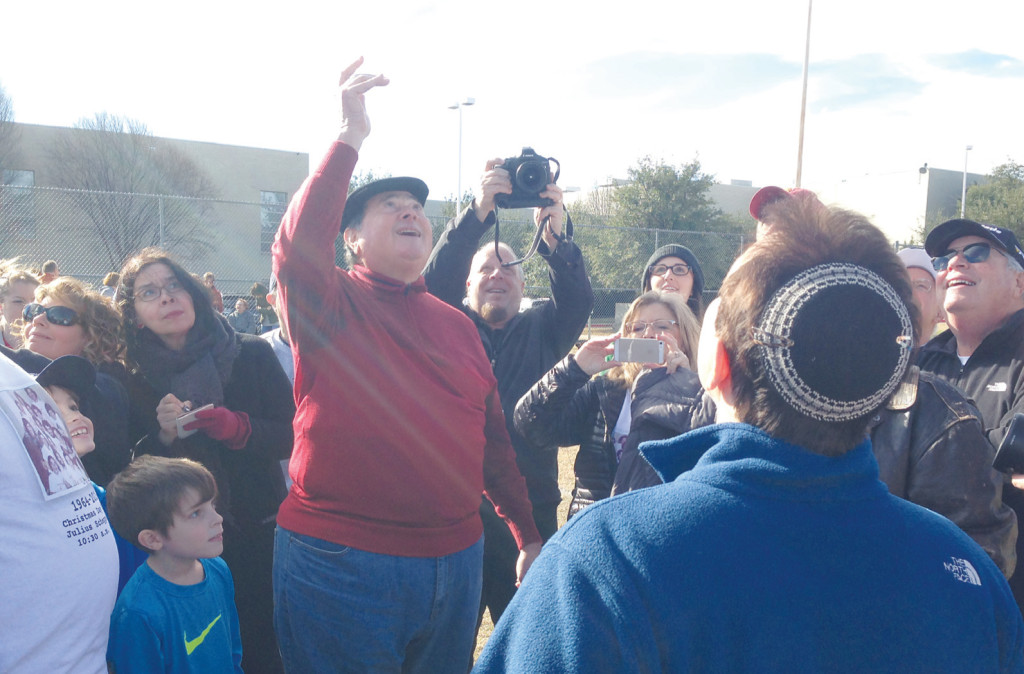 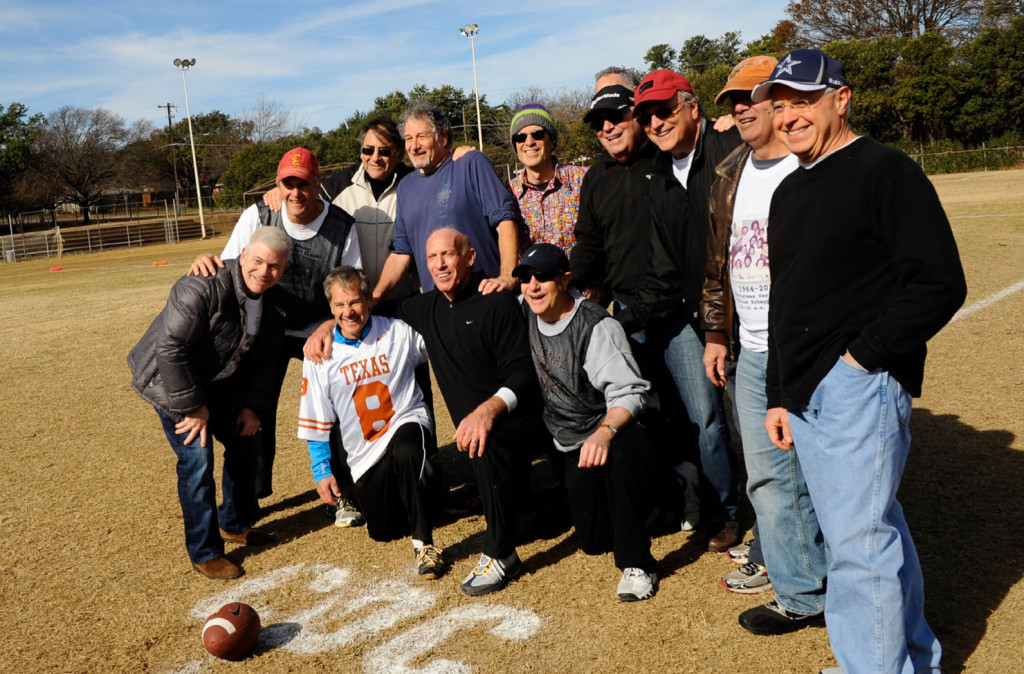 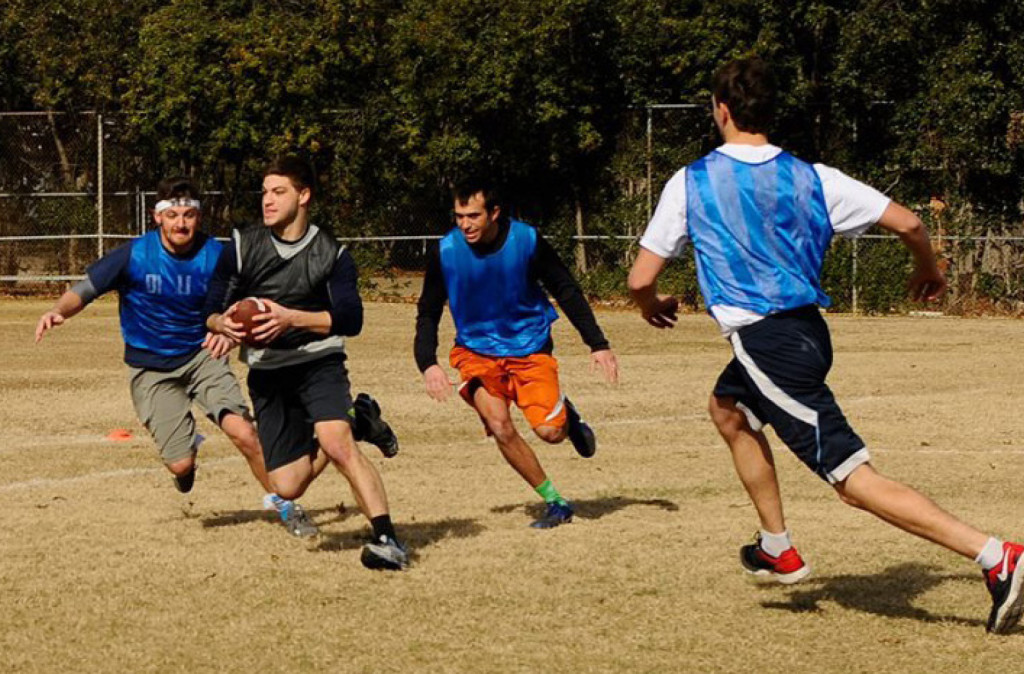 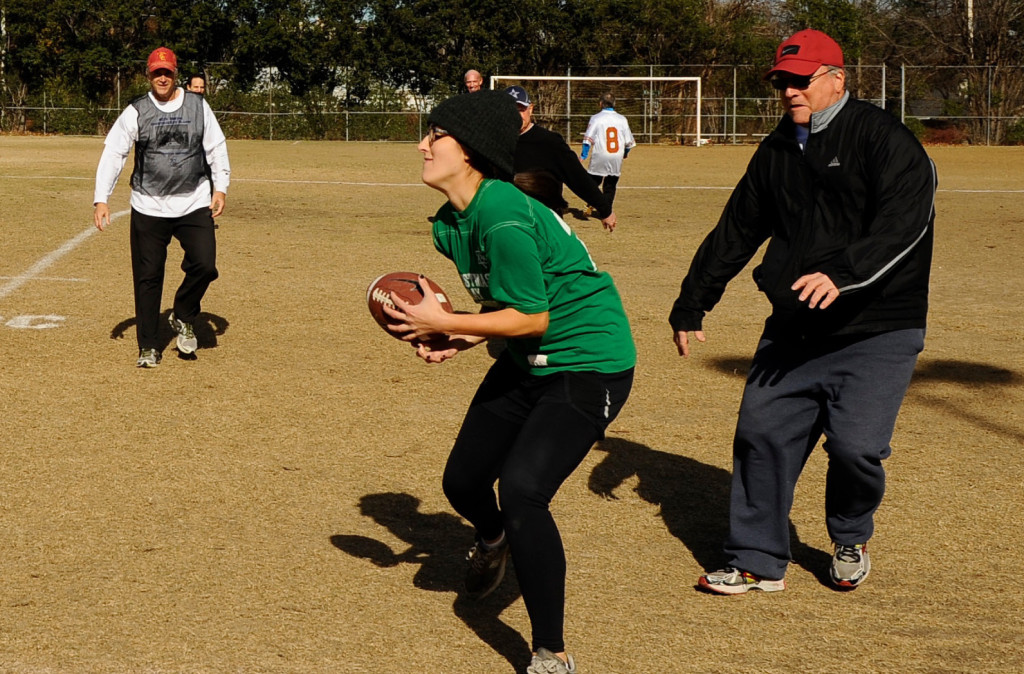