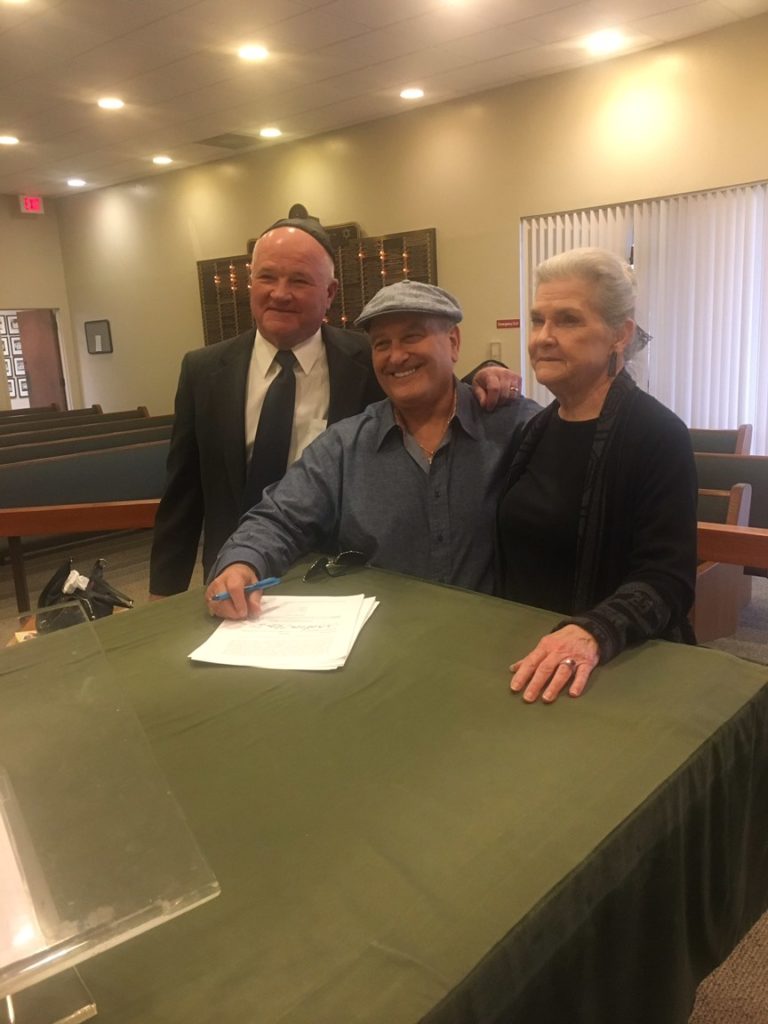 FORT WORTH—Congregation Ahavath Sholom offi cials announced this week they have entered into an agreement with a senior housing developer to create a comfortable, luxury destination community for local seniors.
The specific agreement is for Congregation Ahavath Sholom officials to sell up to 6 acres directly adjacent to their existing synagogue to 4050 Hulen Partners, LLC of Fort Worth. The 6-acre patch includes baseball, soccer fields, and basketball courts on the west side of the synagogue.
By accepting this offer to purchase 5-plus acres for $31.25 per square foot, synagogue officials have effectively countered a $9 per square foot offer from the Fort Worth ISD.
“We have not received a contract from the FWISD,” Michael Linn, Ahavath Sholom executive director, said. “All we received was their letter of intent. Our attorney responded by declining their $9 offer.”
Rhoda Bernstein, a co-chair of the synagogue’s “Focus On The Future” Committee formed about three years ago, said the advent of the future senior facility means now is a great time to be a member of Congregation Ahavath Sholom.
“I am thrilled about this,” she said. “I am absolutely thrilled. We are so excited to sell the land and excited about the senior living facility we feel is ideal for that piece of property. It gives us the revenue we need to do what we want to bring our current facility into the future.”
Congregation Ahavath Sholom acquired the property from Cassco Land Co., Inc. by warranty deed on Aug. 8, 1972, records show. Bernstein said her father, Lou Barnett, 99, was a synagogue leader when the land was acquired, and he is taking pride in being around for the latest development.
“As one of the few remaining from his generation, he is pushing us all the way to do this,” Bernstein said. “We take a lot of pride in that we have been able to be part of his dream.”
Steven S. Brown, a member of the synagogue’s board of directors, a congregant and an attorney, agreed this sale has been a long time coming.
Brown explained, while the synagogue used the property all those years, there were restrictions in place which stipulated the uses of the land.
“A couple of years ago, those deed restrictions, put up at the time the property was purchased, expired,” he said.
Murray Cohen, past Congregation Ahavath Sholom president and Focus on the Future co-chair, agreed this sale should be one of the synagogue’s largest accomplishments.
“The sale will give us the money to make necessary changes to our existing structure,” Cohen said.
Over the weekend, members of the congregation met to discuss the offer from 4050 Hulen Partners LLC and voted overwhelmingly to sell the property to the group, Linn said.
“Our existing structure doesn’t currently meet our need, and we really need to repurpose. It’s much less expensive to repurpose rather than rebuild,” Linn said.
Cohen explained the location is ideal for producing the kind of high-end senior living environment they are seeking, as well as creating a facility that would offer activities, guest speakers, a swimming pool, transportation and extensive parking.
Congregation members said they have been seeking a partner to realize their original property vision of a resort-style retirement community within close proximity of an aging Jewish population and other seniors in the area.
The total project cost is estimated to be north of $70 million, according to a release from the 4050 Hulen Partners. Synagogue officials say it should be a great boon to the local tax base and property values.
“This will meet the immediate independent senior housing needs that have long been underserved in the Hulen area,” the release said. “The development plans include 200 independent units and 48 assisted living units. Additional amenities include state-of-the-art fitness facilities, indoor pool, with a world-class meal plan including a kosher option created by full-time executive chefs. Development will also include a concierge service, health care/physical services and scheduled transportation.”
Meanwhile, Linn said, the property still has to go through a zoning or rezoning process. Once a permit is approved, the complex is expected to take about 18 months to build.

The all-time Jewish baseball team roster, according to an Israeli museum