By Sharon Duke Estroff
ATLANTA (JTA) — Notice anything unsettling about your kids’ Chanukah wish lists this year? A Maccabean je ne sais quoi that transcends the standard sticker shock?
Might it be that the latest lot of hot holiday “toys” are not actually toys at all? 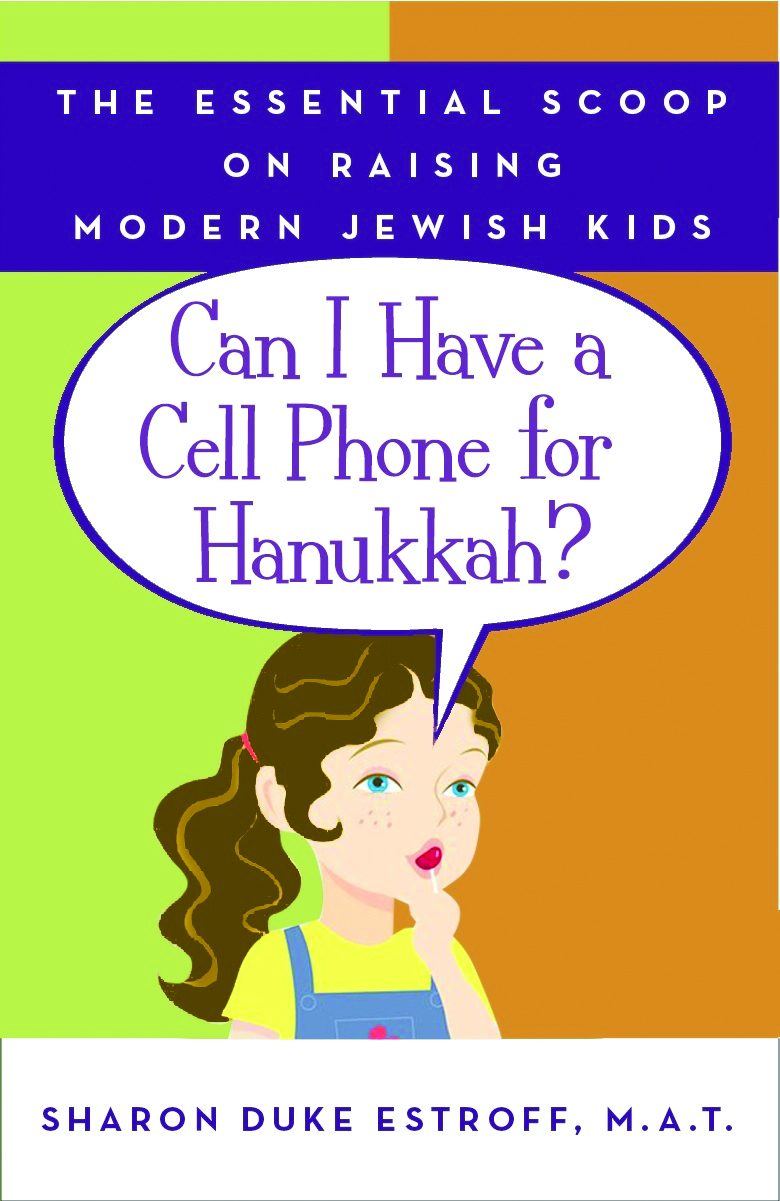 You have the Disney Flix Video Camcorder ($79.99, Disney); the Barbie Digital Picture Frame with Remote Control ($99.99, Emerson Radio Corp.); and the Kid-Tough Portable DVD Player ($149.99, Fisher-Price). And, of course, some toys don’t even pretend to be toys, the crown jewels of high-tech Chanukah hauls: cell phones, iPods and laptop computers.
“We’re finding that kids have one foot entrenched in kid-dom and another entrenched in technology and things you might normally associate with adults,” says Leigh Anne Brodsky, the president of Nickelodeon and Viacom Consumer Products, which has released a new line of branded electronics aimed at kids, including a $250 SpongeBob SquarePants flat-screen TV.
Experts say the concern over high-tech toys is not so much in their existence as it is in their rapid and aggressive replacement of the tried-and-true standbys — the good, old-fashioned, non-electronic, non-flashing, non-instantly-gratifying toys that long lit up children’s Chanukah wish lists — and their imaginations.
“Old-fashioned retro toys, such as red rubber balls, simple building blocks, clay and crayons, that don’t cost so much and are usually hidden in the back shelves, are usually much healthier for children than the electronic toys that have fancier boxes and cost $89.99,” says Kathy Hirsh-Pasek, a developmental psychologist at Temple University in Philadelphia.
Ever wondered why archaeologists find baby dolls wrapped up with ancient Egyptian mummies, toy-sized chariots that date back to the days of Julius Caesar and cavern walls decorated with the prehistoric equivalent to crayons?
It’s because these objects are the timeless tools of childhood. They are essential springboards for learning about the way the world works, vehicles for exploration and experimentation, and props with which to practice being mommies, daddies, firefighters and schoolteachers. Childhood is a learning process by design, and traditional toys are a core part of the curriculum.
“The central importance of creative play in children’s healthy development is well supported by decades of research,” says Joan Almon, the coordinator of the U.S. branch of Alliance for Childhood, a worldwide organization that promotes healthy living for children. “And yet children’s play, in the creative, open-ended sense in which I use the term, is now seriously endangered.”
Sadly, there’s not much we parents can do to halt the societal evolution from Babes in Toyland to Kids in the Electronics Aisle. But we can rally back with a healthy balance. The following suggestions will help you keep creativity and imagination burning bright in your children for many high-tech Chanukahs to come.
•Limit screentime. According to research by the Kaiser Family Foundation, the average American child spends four to six hours a day zoned out in front of a screen, yet the American Academy of Pediatrics recommends limiting children to no more than two hours daily of television, computers and video games combined. Simply, if we don’t ever tell our kids to stop using electronic products, chances are they never will.
•Equip them with classic toys. Chanukah provides the perfect opportunity to gift our kids with springboards for creative play, such as puppets, building blocks, modeling clay and tea sets. “Your child gets to build his or her imagination around these simpler toys,” Hirsh-Pasek says. “The toys don’t command what your child does, but your child commands what the toys do.”
•Accept the mess. Exercising creativity can be a whole lot messier than playing video games or watching TV, so put old newspapers on the floor, cover the kitchen table with butcher paper, rope off an area of the house for childhood clutter to gather, then let your kids yuck it up.
•Pick worthwhile electronic toys and games. Just because a toy requires an electrical current doesn’t necessarily mean it’s devoid of value. Fulfill your kids’ high-tech hankerings without compromising their creativity by searching for electronic toys that offer opportunity for growth and imagination.
•Celebrate Shabbat. In the weekly Sabbath, we have a God-given day of rest from all things high-tech and a full 25 hours for kids to engage in essential, imaginative play. A special box full of battery-free playthings pulled out at sundown every Friday will get kids into the playful Shabbat spirit.
•Be a worthy role model. Admit it, we are addicted to high-tech toys just as much as our kids. So lock up the BlackBerry, unplug the Internet and take a much-needed screen siesta yourself. And should you happen to stumble upon a few superheroes imagining up adventures in the family room, be sure to join them in flight.
Sharon Duke Estroff is an internationally syndicated Jewish parenting columnist, award-winning educator and mother of four. She is a feature writer for more than 100 Jewish and secular publications, including Good Housekeeping and Parents magazines and the Jerusalem Post. Her Jewish parenting book, “Can I Have a Cell Phone for Hanukkah?” (Broadway Books, 2007), is available where books are sold. Visit www.sharonestroff.com.