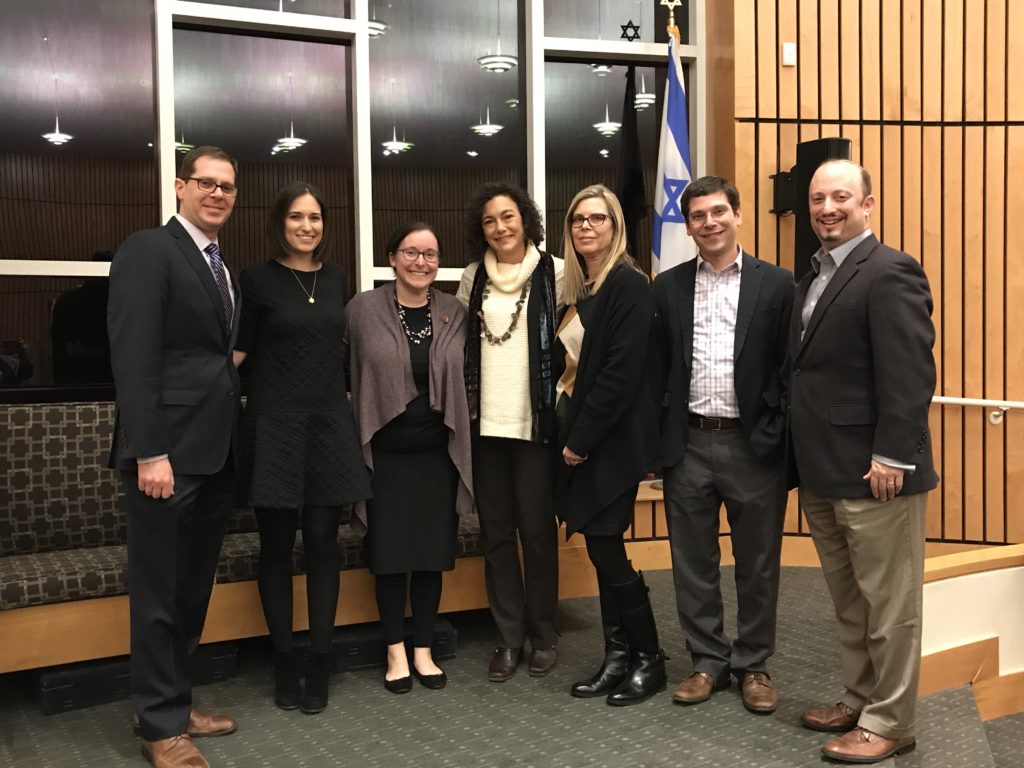 On Feb. 5, the Dallas Community iEngage Initiative welcomed Hartman Scholar Dr. Elana Stein Hain for a community lecture at Congregation Shearith Israel. Dr. Stein Hain, who brilliantly addressed the topic “On American Jewry’s Israel Conversation: Between Prophetic and Rabbinic Politics,” is scholar-in-residence and director of faculty at the Shalom Hartman Institute of North America. Stein Hain earned her doctorate in religion from Columbia University, and is a graduate of the Yeshiva University Graduate Program in Advanced Talmudic Studies and the Cardozo Interdisciplinary Fellowship in Jewish Law and Legal Theory. She has served as clergy member at Lincoln Square Synagogue and The Jewish Center, and as a member of Wexner Institute faculty. She co-founded the Orthodox Leadership Project (OLP) to support female leaders working in the Orthodox Jewish community, and was recognized by The Jewish Week in its inaugural “36 under 36” as an emerging Jewish leader.
The Dallas community iEngage Initiative is a grassroots consortium (comprising Adat Chaverim, Anshai Torah, Beth Torah, Shearith Israel, Temple Emanu-El, Temple Shalom and the JCC) and is a direct outgrowth of Rabbi Donniel Hartman’s powerful talk in Dallas in May 2017. The Shalom Hartman Institute’s work on transformative thinking and teaching addresses some of the major challenges facing the Jewish people in Israel and around the world and encouraged a group of local rabbis and educators to gather and plan a communitywide approach to Jewish values–based education about the Israeli-Palestinian conflict.
Using the Hartman Institute iEngage materials, the consortium has created a context for genuine Israel engagement across denominational, generational and geographic divides. In October, 100 students began studying a 12-week curriculum together with five rabbis in three locations across our community. Current faculty are Rabbis Nancy Kasten, Michael Kushnick, Andrew Paley, Adam Roffman and Elana Zelony.
The consortium will be meeting soon to plan future course offerings. 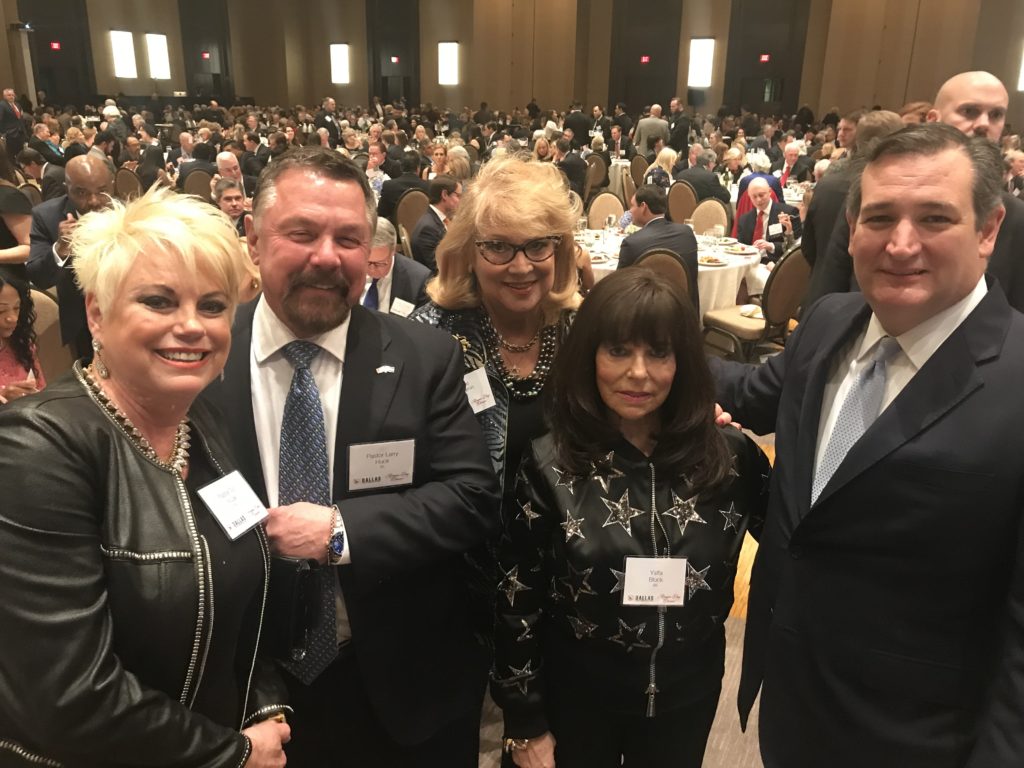 Diane Benjamin, Republican Precinct #2021 chair for Preston Hollow, hosted a table at the recent Reagan Day Dinner with special guest and keynote speaker, Vice President Mike Pence.
Senator Ted Cruz spoke as well. Diane, who is also president of the Texas Region of Bnai Zion Foundation, was touched when Senator Cruz recalled that his father, Pastor Raphael Cruz, was also a former honoree of Bnai Zion, for his special friendship with Israel, as a strong Christian Zionist. The event was a successful fundraiser for the Dallas area GOP. The Dallas County GOP chair, The Honorable Missy Shorey, also announced her pride in her husband, Lt. Colonel (Ret) Marc Himelhoch, who is a member of the Dr. Harvey J. Bloom Post #256 of the Jewish War Veterans of the USA, currently a pilot for Southwest Airlines, but formerly having flown F -16 aircrafts for the USAF. Pastor Nancy Cole commented on how wonderful it is to share love for Israel and political passions as well as strong convictions for the welfare of our country. Diane appreciated the opportunity to host dear friends and strong Christian Zionists who are true leaders of their flock in deeds as well as words.
Seated at Diane’s table were distinguished guests who were former honorees of Bnai Zion Foundation, Pastors Larry and Tiz Huch of the New Beginnings Church in Bedford, Texas, along with Pastor Nancy Cole and former Bnai Zion honoree and area representative of American Friends for a Safe Israel (AFSI), Ann Stacy, and her husband, John. Additionally, Diane’s table guests included Dr. Lionel and Gloria Reiman and Raphael and Yaffa Bloch. Vice President Pence spoke to a captive audience of over 1500 and received a standing ovation when he mentioned the commitment of President Trump to move the United States Embassy to Jerusalem. 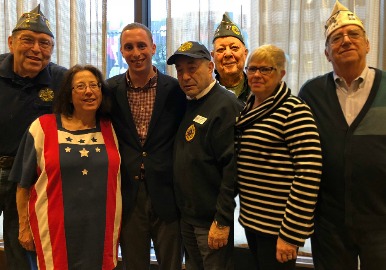 While in Washington, D.C., at the Jewish War Veterans National Executive Committee meeting, members of the Dallas/ Fort Worth delegation were surprised to see Plano native and member of Post 256 Dan Rosenfield as one of the panelists discussing Jews in the military and issues surrounding them. The four panelists consisted of active duty member Dan Rosenfield (son of Andi and Stuart Rosenfield), a female chaplain, a wife of an active duty member, and a member transitioning out of active duty. Dan graduated from Texas A&M in May 2017. At A&M, he was a member of the Corps of Cadets, Hillel president, Student Government Association executive vice president, and a founding member of AEPi and Aggie Students Supporting Israel. He is a public affairs officer for the U.S. Air Force and is stationed at Ellsworth Air Force Base in South Dakota. 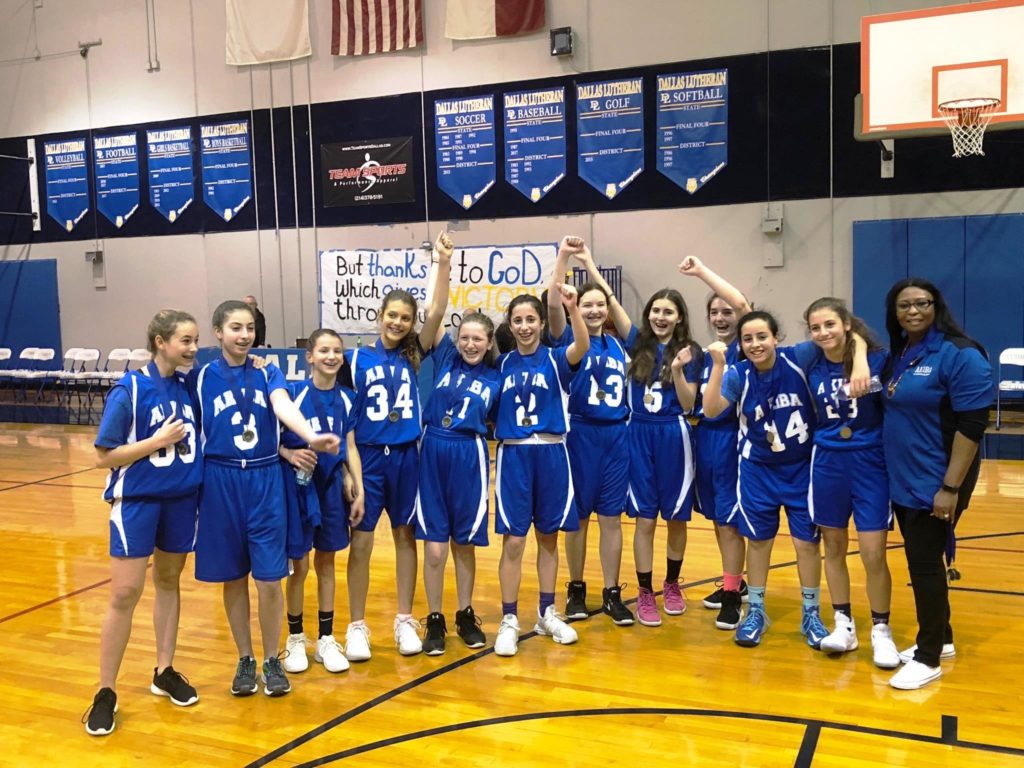 What a season for Akiba hoops! Seventh- and eighth-grade girls’ and boys’ basketball teams swept the TAPPS 3-AAA playoffs recently, taking home the district championships.
This marks the second year in a row that the girl’s team won the district championships. This year, the girls were in fourth place in the district before they beat The Covenant School and clinched the top spot. Following the girls’ game, the boys celebrated their undefeated season with a championship game win over Ovilla Christian School.
“We are so proud of the amazing accomplishments of both our girls’ and boys’ teams,” said Tammie Rapps, head of school at Akiba Academy. “Yes, they won and that’s exciting. What’s even more exciting is both teams’ amazing display of teamwork and sportsmanship.”