Stacey Todd Clark has been chosen by the Congregation Beth Torah Sisterhood to receive its 2017 Torah Fund Award. She will be honored at this year’s annual brunch, to be held Sunday, Feb. 26, at Addison Crowne Plaza Hotel.

It’s an understatement to say that Stacey’s childhood in any way resembled a more usual Jewish upbringing. She was born in Brooklyn, her two siblings were much older, and her mother passed away when she was very young. Then, after a two-year period during which her father also lost both his parents, he remarried and moved the family to Puerto Rico for business reasons.
“This is what defined who I am,” Stacey says today. She had just finished first grade at the time of their arrival, and the local Jewish school had a two-year waiting list, “…so I was enrolled in a Spanish-speaking-only Catholic school,” she says. “I had 90 days to learn Spanish or I couldn’t go to school. Confusion and guilt shaped me…”
After her fourth-grade year, the family moved again, this time to Cartagena, Colombia.
Then Stacey was first sent stateside to live with relatives in New York, but soon she was back in a Spanish-speaking school in Cartagena. But later, there was relocation to North Miami Beach, where she went to junior high school — and had her first Jewish boyfriend! In early life she’d gone to synagogue, and had been cooking (kosher!) since age 10; but “In Miami, everything is Jewish!” she recalls. So Judaism fully triumphed, and when she came to Beth Torah, Stacey was — at long last — totally “home.”
“My favorite thing here is Shabbat,” she said, “the Kiddush, and fellowshipping with the many active members, sharing our love of Judaism.”
But her Jewish love has no denominational boundaries; she is involved with Ohr HaTorah and DATA as well.
Stacey’s work in direct sales, centered in areas of health and nutrition, brought her into first contact with Henry Clark, originally from Richardson. Since 2010, the two have lived very close to Beth Torah; they offer their house, with its kosher kitchen, as a central “home-away-from-home” for members of United Synagogue Youth — “and,” Stacey adds, “anyone needing a kosher, walking-distance place to stay!”
Not surprisingly, food has become Stacey’s major Beth Torah activity. “Give me a reason to cook…” she starts to say, then breaks off: “I don’t need a reason!” For the synagogue, she plans menus, shops for and supervises preparation of many Shabbat dinners and Kiddushes, plus the annual Second Seder and her major breakfast/lunch event for the yearly Karen Leynor Mitzvah Day — most of these occasions involving 150 to 200 hearty eaters.
“One of the things I was most attracted to here,” she says about coming to Richardson and finding Beth Torah, “was the opportunity for this kind of volunteer involvement.”
Stacey clearly recalls being taken away from Judaism and living many confused years, but she’s returned with a vengeance! At Beth Torah, she’s also in charge of Sisterhood’s annual Mishloach Manot effort, saying “I take reinventing Purim baskets every year very seriously!” In the local Jewish and secular communities, she has served on the board, and most recently as president, of Hillel of North Texas; works with the Greater Dallas Council on Alcohol and Drug Abuse; and directs efforts toward helping Torah Day School and Jewish Family Service’s Cancer Support Group. (And Henry adds that she is also an “avid” blood donor!)
After having lived in many places, Stacey now says “I have an amazingly rich Jewish life here.
“I never thought the Dallas area would be where I would find and celebrate my Judaism!”
This will be Beth Torah’s 24th Torah Fund event. Esther Cohen, the first honoree, in 1994, continues to serve Sisterhood, now as co-president with her daughter, Robyn Rose. By tradition, all past honorees make up the Brunch Committee, with those honored chairing the following year’s event. This year’s chairs are Evelyn and Paul Utay, joint honorees in 2016.
This event is open to all, and should have special appeal for those who know Stacey Clark and/or want to support the Women’s League for Conservative Judaism. Cost of the dairy brunch is $40, with a separate, minimum contribution of $18 to the League’s Torah Fund required; this money enables ongoing projects that enhance the training of future Conservative rabbis, cantors and Jewish educators.
For further information and to make reservations, contact Elaine Scharf, 972-307-3521, ebscharf@verizon.net.
— Submitted by Harriet Gross

This group of dedicated and under-the-radar volunteers give their time week in and week out so that religious services run smoothly and seamlessly at the shul. They coordinate aliyot and other honors, call people to the Torah, and generally attend to the details of the services so that the klay kodesh can deliver the best possible worship experience for our members.
The Champagne luncheon will take place from 11:30 a.m. to 2 p.m. Sunday, Feb. 12. Cost of the luncheon is $36 per person and tickets can be ordered by visiting http://bit.ly/2kE5UXq.
A separate, minimum contribution of $18 to the Women’s League of Conservative Judaism Torah Fund is required; this money enables ongoing projects that enhance the training of future Conservative rabbis, cantors and Jewish educators. To make your Torah Fund contribution, visit http://bit.ly/2kPadBq.
— Submitted by Mireille Allen

An interesting program on conscious eating

Rebbetzin Chana Bracha Siegelbaum will share wisdom about “Conscious Eating as a Mitzvah the Torah Way” at 11 a.m. Sunday, Feb. 19, at the home of Michelle Kravitz, 6247 Lafayette Way, Dallas. Siegelbaum is an author and EmunaHealer as well as founder and director of Midreshet B’erot Bat Ayin. 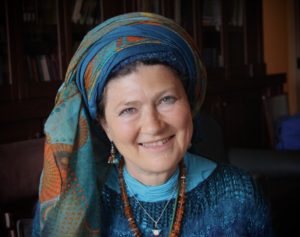 Most people are not aware that serving God through eating is not an optional mitzvah, but rather its importance is on a par with learning Torah and praying. Actually, the ability to keep Torah and mitzvot is dependent on the holiness of our eating. Lustful eating is the root of all evil, which caused the first downfall of humanity in the Garden of Eden. Through the mitzvah of eating in holiness, we can rectify eating from the Tree of Knowledge and bring geulah (redemption). In addition to textual learning and discussion of Torah sources, commentaries, Midrash, Zohar and various Chassidic commentaries, this shiur includes an eating meditation and offers practical tools of how to work on eating in holiness.
Rebbetzin Siegelbaum practices EmunaHealing as a gifted spiritual healer through Emunah, tefillah and energy work. She holds a Bachelor of Education in Bible and Jewish Philosophy from Michlala Jerusalem College for Women, and a Master of Art in Jewish History from Touro College. Rebbetzin Siegelbaum began her practice of spiritual healing in the spring of 2010, after having studied and apprenticed with Chana Luke for almost 10 years.
For more than three decades, Rebbetzin Chana Bracha has practiced spiritual counseling to women of all ages in Israel and the United States. She creates curricula emphasizing women’s spiritual empowerment through traditional Torah values. In 2010 she published her first book, Women at the Crossroads: A Woman’s Perspective on the Weekly Torah Portion. Her second book, Ruth: Gleaning the Fallen Sparks, was published in 2012, and her third book, The Seven Fruits of the Land of Israel with their Mystical & Medicinal Properties, was published by Menorah Books in 2014. Beyond being a Torah scholar, Rebbetzin Chana Bracha is a strong female role model for many women.
Light refreshments will be served. Suggested minimum donation is $18 and up. RSVP to Carole Wolanow, 214-244-5397, carole.wolanow@sbcglobal.net.
— Submitted by Carole Wolanow