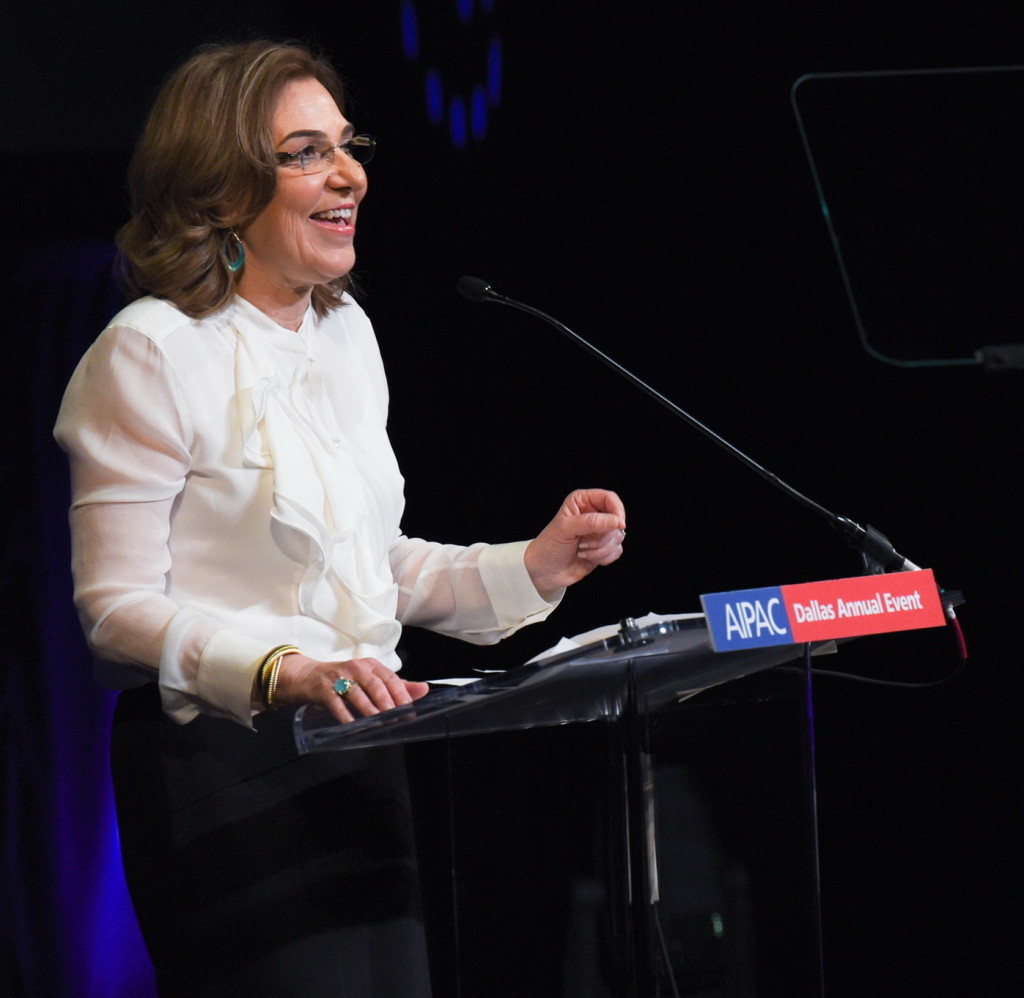 
Dallas AIPAC
Staff report
Some 2,000 Israel supporters from Dallas and Fort Worth gathered at the Winspear Opera House Feb. 28 for AIPAC Dallas’ annual event. The crowd was one of the biggest in AIPAC history across the country, rivaling much larger communities. Chairs Sherry and Kenny Goldberg and Lori and Mike Cohen welcomed guests and shared insights into the importance of a strong U.S.-Israel relationship. A highlight of the evening was when Staff Sergeant Robert Bartlett, Retired, a veteran who was wounded in Iraq in 2005, spoke about why he supports Israel. Local AIPAC Council Chair David Veeder moderated a brief congressional roundtable. Lillian Pinkus shared her vision as president-elect of AIPAC national. Rabbi David Stern made the case for AIPAC and the keynote speaker was Rabbi Daniel Gordis. A stirring rendition of Oseh Shalom was sung by first- and third-grade students from Akiba Academy.