Dallas’ musical son will rise high overhead Nov. 11 when his first full-length Contemporary Jewish album ONE is released to the public — a compilation of prayers, prose and program music to stir souls, fill hearts, and have you cheering on this native talent.
Goldberg will first celebrate ONE at a free, open-to-the-public, Nov. 10 release party, beginning at 7 p.m. (9 p.m. CST), at Temple Emanuel of Beverly Hills, California, where he is the musical artist in residence. No worries for those 1,400-plus miles to the east of the West Coast party; the festivities will be live-streamed via joshgoldbergmusic.com.
“I was told this music was needed, that more good Jewish music was needed, and I appreciate that people trust that I would be able to provide that. I’ve been dreaming about this album for years and the first song I wrote, Yihiyu L’Ratzon, I wrote while I was in high school. I can’t believe and I’m wholly relieved that this moment is really here,” said Goldberg, whose role at the Temple Emanuel in Southern California has him composing and arranging choral pieces, also collaborating with clergy on creating innovating worship experiences. “Just like those lyrics say ‘may the words of my mouth and the meditations of my heart be pleasing to you …’ it’s what I’ve felt, and how I’ve sung, all of my life.”
The album — which includes Lo Yisa Goy; Hallelujah; L’cha Dodi; Bar’chu; ONE; V’Ahavtah; Mi Chamocha; Yihiyu L’Ratzon; Serenity; T’filat Haderech; Love, Love, Love; Kaddish L’Chayim; and I Am Enough — is Goldberg’s modern twist on ancient liturgical texts. He hopes that people will engage in a new way rather than just saying a prayer without knowing its meaning. “Perhaps my translation of the prayers, through song, will help bring meaning, some understanding,” said Goldberg. The support of friends and family — 128 people who donated $10,000 through a crowdfunding endeavor on Jewcer —made the album a tangible truth. “I was very hesitant to ask for such help but so many people prodded me and it’s really been an amazing showing of support,” he said.
Goldberg, who grew up at Dallas’ Temple Emanu-El, is the son of Cyndi Heller and Marshal Goldberg and the brother of Jenna. A former member of B’nai B’rith Youth Organization’s (BBYO) Eamonn Lacey Chapter, he is a graduate of the Ann and Nate Levine Academy ’06, Booker T. Washington High School for the Visual and Performing Arts ’10, and the Popular Music Performance Program at the University of Southern California ’14. He has performed with Grammy winners Lamont Dozier, Macy Gray and Melissa Manchester, and he has toured with Jewish music stars Rick Recht and Craig Taubman. He has been playing music since he was 6 years old and playing guitar since he was in his early teens. He participated in no less than 30 musicals at the Aaron Family JCC including Charlie Brown, Joseph and the Amazing Technicolor Dreamcoat, Sound of Music and West Side Story.
“Josh has always been an old soul, sensitive, loving and caring. He feels deeply and it comes out in the music he writes,” said Heller, who with her husband recalled their son’s first audition, when he was in only the fourth grade at the J. It had him offering to sing Frank Sinatra’s That Old Black Magic for the director of Children of Eden. “He has a special gift and we feel so lucky to have been able to watch him grow as a young man and an artist.”
“My life and Jewish music and the Jewish community really have always gone together hand in hand,” said Goldberg, who has performed at conventions of the American Jewish University Dream Lab, BBYO International, Limmud UK, Songleader Bootcamp, URJ Biennial, and who just completed the High Holy Days as cantorial soloist for Congregation Shma Koleinu in Houston. “It’s always been ‘my place,’ and I love ‘my place.’ It’s always been the quickest and most meaningful way for me to connect my Jewishness and my soul.”
“I love Josh. I am moved by Josh, I am touched by Josh, and I am inspired by Josh. You see, God makes musicians and God makes artists. Josh is the latter,” said Taubman, who sings a duet of V’Ahavtah with Goldberg — the roles seemingly reversed as he has been Goldberg’s mentor for many years. Goldberg has packed many a suitcase to travel and sing with him in many U.S. cities and in London, also performing at Taubman’s Pico Union Project, a multifaith cultural arts center and house of worship in Los Angeles.
“Josh is blessed with humility and grace, two qualities that are not often found in artists, and I told him it wasn’t his skill at the piano or his angelic voice I would miss this year while he served another community over the High Holy Days. What I knew I’d miss was having him right beside me where I could count on him as my partner and my friend. May God continue to bless Josh and may Josh continue to bless us with great music, song and spirit!” 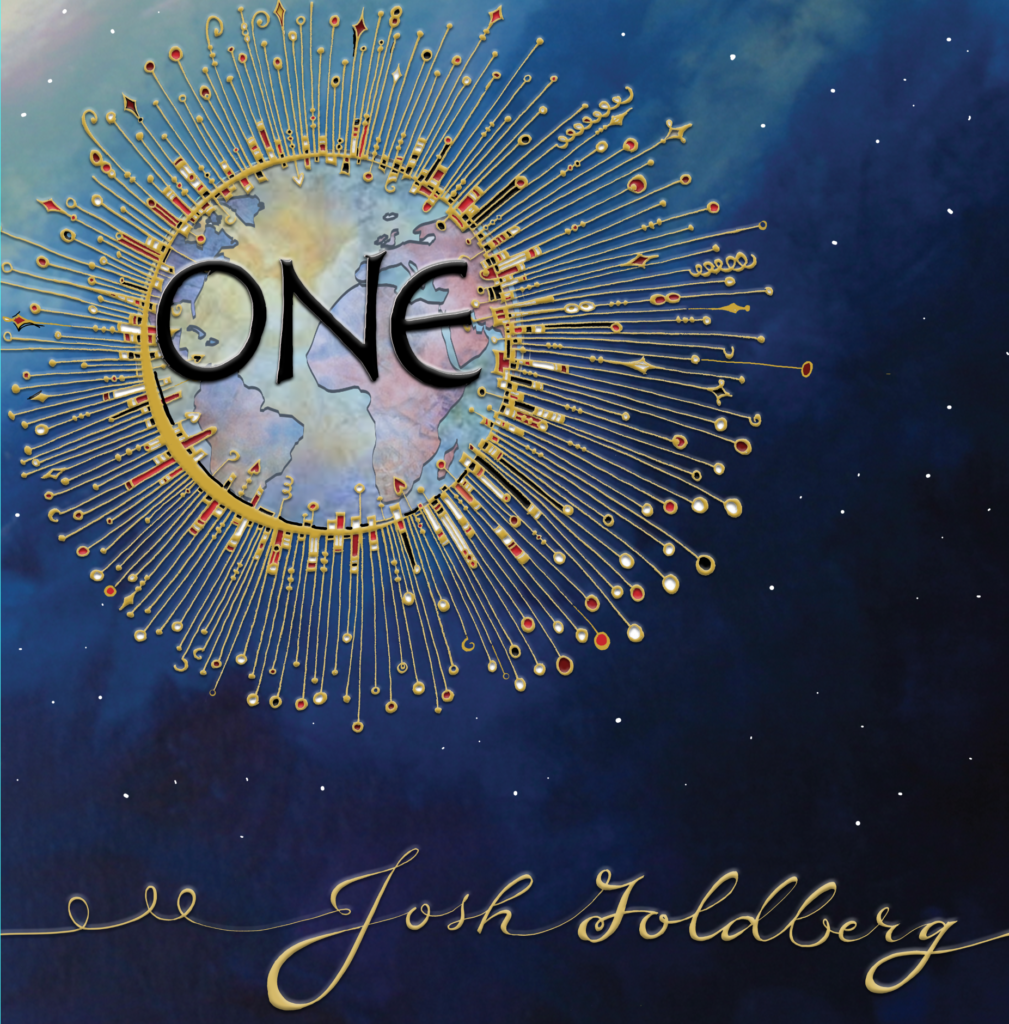 If indeed it “takes a village” to raise a child, then Goldberg’s village of Jewish musical mentors who raised him to this moment is grand. In addition to Taubman, a longtime master of the industry, Goldberg singles out Cantor Nathan Lam at Stephen Wise Temple in Los Angeles and Cantor Richard Cohn, who in 2015 left his post as cantor at Dallas’ Temple Emanu-El to become the director of the Debbie Friedman School of Sacred Music at HUC-JIR in New York.
“Josh has always had a great gift for melody and a real instinct for Jewish music and even at his young age — and even after he’d left for college — he was, and he has remained, a definite and great part of the fabric of the life of Dallas’ Temple Emanu-El,” Cohn said. “I’m excited for him and this album, I was honored to consult with him some, and I truly believe he’s really a fresh and talented voice emerging in our Jewish music culture.”
Goldberg has always known he could count on his culture and his family and that dedication is evident in Love, Love, Love, which he wrote the night his grandmother passed away — a song that his mother says nurtured the healing of their family in that great time of pain.
“When I tore holes in my clothes, you were my dream weaver, when my friends became my foes, you were my last believer — and when I forgot the steps, you were my ballroom dancer, and when I failed to do my best, you were my second-chancer,” are lyrics from the song, featured on the ONE album. “I did things I never thought I could do, and I found the strength because of you, because you loved, loved, loved me.”
To order ONE, or for more information about Josh Goldberg and his projects, visit joshgoldbergmusic.com.