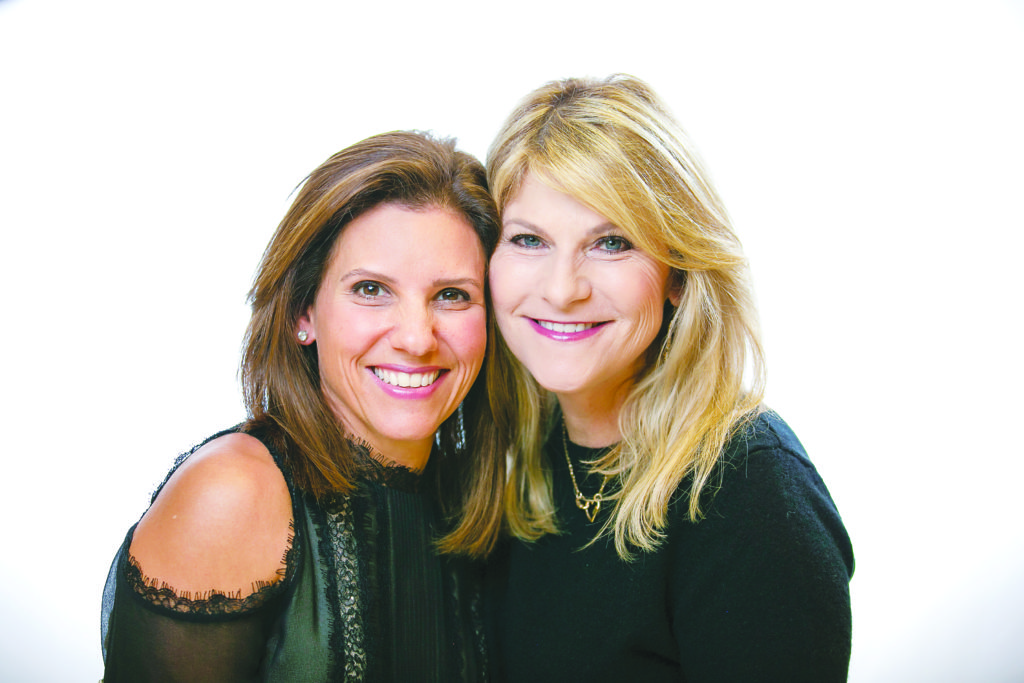 The Dallas Jewish Historical Society will host its major annual fundraiser, beginning at 6:30 p.m., on Thursday, May 2, at Temple Emanu-El in Dallas. The event, called “Sip & Savor: Sisters in Philanthropy,” will honor two sets of sisters with the Ann Loeb Sikora Humanitarian Award. Karen Weinreb and Susan Bendalin, and Melissa Ackerman and Brenda Bliss, are the honorees.
The award was named for the first woman to serve as president of the Jewish Federation of Greater Dallas. It is presented every two years by the DJHS, and honors individuals who emulate the humanitarian ideals by which Ann lived her life.
Honorees Weinreb and Bendalin, the Shosid sisters, have had several leadership and advocacy positions in the Dallas Jewish community. Weinreb, a graduate of the University of Texas at Austin, was a member of the Sigma Delta Tau Sorority. She recently co-chaired the YES event for The Legacy, and is an active member of Temple Emanu-El and a supporter of The Aaron Family Jewish Community Center of Dallas. Weinreb advocates for and supports several local organizations including The Vogel Alcove, The Jewish Federation, The Family Place, Jewish Family Services and the Dallas Holocaust Society.
Bendalin served as the former campaign associate for the Jewish Federation of Greater Dallas, and went on to become the development director for Akiba Academy. Bendalin is an active member of the Jewish Community Center. In addition to serving as a past member of the JCC’s board of directors, she was two-time co-chair of the JCC’s annual “Be” fundraiser, chair of the Jewish Arts Fest and a member of the Maccabi Games steering committee. She was also co-chair of the Women-to-Women Fundraising Luncheon for Jewish Family Services.
Ackerman and Bliss, the second set of honorees, have also made a large impact on the Dallas Jewish community. Ackerman graduated from the University of Texas at Austin with a marketing degree, and has been a Dallas Jewish community volunteer for nearly 40 years. She served on boards of the Jewish Federation, the Jewish Community Center, Temple Shalom, CHAI (Community Homes for Adults, Inc.) and Jewish Family Service. The Dallas Jewish Federation honored her with the Campaigner of the Year and the Bess Nathan Young Leadership Awards. She served as the vice chair of the Maccabi games in 2005, and as a coordinator and volunteer recruiter for the 2015 Games.
Bliss graduated from the University of Texas at Dallas with a master’s degree in speech language pathology and audiology. She traveled to many countries, including Vietnam, Thailand and Innsbruck, presenting workshops on auditory-verbal therapy and cochlear implants. In the community, Bliss provides speech and hearing services to many Jewish day schools, including Torah Day School, Levine Academy and Akiba Academy. She also provides therapeutic services for the adults at CHAI, and sits on the board of directors of Jewish Family Service and the Special Needs Partnership.
Event chairs for “Sip & Savor” are Linda Garner and Ellen Ungerman. Individual tickets for the event are $175 with sponsorships starting at $500. Registration information can be found by visiting the Dallas Jewish Historical Society website at djhs.org.

JCC’s be. event is on for Saturday

Texas Jews step up to the plate in storm