Family relationships and dynamics play a role in each of the nine films featured in the annual Jewish film festival this year. The Holocaust and Jewish-Arab relations is also a major theme as the films give people a taste of different aspects of Jewish life.
The event, presented by the Aaron Family Jewish Community Center and the Dallas Office of Cultural Affairs, runs from Sept. 4-21. The movies will be shown throughout four locations — the JCC’s Zale Auditorium, two Studio Movie Grill’s and the Angelika Film Center in Plano.
Co-chairs Brenda and Peter Marcus, along with their committee, screened 135 movies and believe they chose the nine best. The goal is to always pick ones that people wouldn’t be able to otherwise see.
“These are really the cream of the crop,” Peter Marcus said. “We learn so much each year that we never expect. The Holocaust and Arab-Jewish relations are perennial topics that aren’t going to go away. All of the films are multifaceted, in different languages and from different cultures, but all have a Jewish theme. They are very enriching.”
There are some new things happening with the festival this year. The J has community partners for the films and six of them feature talkbacks with guest speakers, which is geared to enhance the viewing experience. In addition, each one is the Dallas premiere and folks can also view the film clips on the J’s website.
It is also rare to show three comedies and three Holocaust movies, according to Brenda Marcus, but each are different and have their own flavor, she said.
Brenda Marcus hopes each one elicits thoughtful discussions and affects people so they continue thinking about them.
“Every year has its own personality,” she said. “We have never opened with a Holocaust movie before, but this one [“Run Boy Run”] is so powerful and fabulous. We love to sit in the audience during each film and watch the reaction. When people tell us they enjoyed the film, that’s great. The main aim is to entertain people, allow them to have a good time and bring everyone together. If people are discussing the film afterward, that’s a success.”
Rachelle Weiss Crane, the J’s director of Israel engagement and Jewish learning, is running the festival for the first time and said this has been a wonderful experience.
She is looking forward to engage many demographics and introducing them to the wonderful films.
“I want people to know that they have had exposure to a Jewish experience or multiple Jewish experiences that they would not have had if they had not attended the festival,” she said. “We are taking them around the world.”
The cost for each movie is $11 in advance or $13 at the door. A series pass can also be purchased for $95.
To learn more about the movies and to register, visit www.jccdallas.org. For more information, contact Rachelle Weiss Crane at 214-239-7128 or rweisscrane@jccdallas.org. 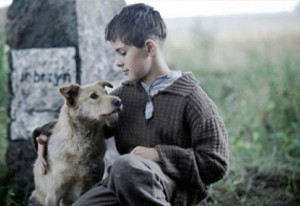 Opening night: “Run Boy Run”
7 p.m.
Studio Movie Grill (Spring Valley)
13933 N. Central Expressway, Dallas
“Run Boy Run” tells the true story of a Polish boy who seeks the kindness of others in his solitary struggle to outlast the Nazi occupation and keep his Jewish faith alive. Escaping the Warsaw ghetto at the behest of his father, 9-year-old Srulik flees to the woods. There, he learns to hide from SS patrols and scour for food, until loneliness and the harsh onset of winter drive him back to civilization. Taken in by a kindhearted farmer’s wife, he is given shelter and a new identity. Passing himself off as Jurek, a Christian war orphan, the intrepid boy traverses the countryside from village to village, working as a farmhand under an ever-present threat of persecution.
Talk back with Dr. Zsuzsanna Ozsvath, Leah and Paul Lewis Chair of Holocaust Studies and director of the Holocaust Studies Program at UT Dallas, and Dr. David Patterson, Hillel Feinberg Chair of Holocaust Studies at UT Dallas.
Community Partners: 3 Stars Jewish Cinema and The Ackerman Center for Holocaust Studies at UT Dallas. 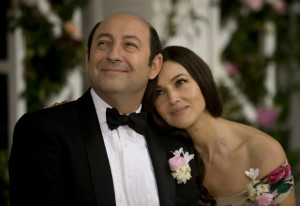 “It Happened in Saint Tropez”
9 p.m.
Angelika Film Center
7205 Bishop Road, Plano
This French film follows brothers Zef and Roni, who are polar opposites. Roni is a successful, fun-loving, irreligious diamond merchant while Zef is a serious, religiously-observant classical musician. They have nothing in common but their love for their aging father, and their respective daughters Melita and Noga, who adore each other. Family conflicts reach new heights when, on the eve of Melita’s wedding, Zef’s wife dies in a bizarre accident involving the purchase of a pastrami sandwich. To further complicate matters, Noga unknowingly falls in love with her cousin’s groom. In this unashamedly romantic comedy, misunderstandings, betrayals and revelations all throw the family into total disarray.
Community Partners: Adat Chaverim, Congregation Beth Torah’s Chai Lights, Men’s Club and Sisterhood 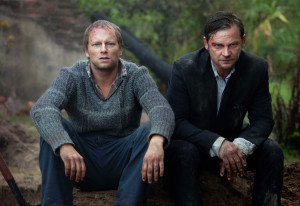 “Aftermath”
7 p.m.
Studio Movie Grill (Spring Valley)
13933 N. Central Expressway, Dallas
One of the most controversial Polish films ever made, this is a harrowing mystery-thriller based on the real-life cover-up of a Jewish massacre at the hands of Catholic Poles. After decades living abroad in Chicago, Franek is prompted to return to his ancestral family farm by news that his estranged younger brother Józef has come into conflict with fellow villagers. Upon his arrival, Franek is greeted by seething hostility and escalating harassment from the local peasants. The brothers literally uncover half-buried secrets of the past and disturbing historical clues that ultimately lead to an appalling revelation.
Talk back with Dr. Nils Roemer, Barbara and Stan Rabin Professor of Holocaust Studies at UT Dallas. 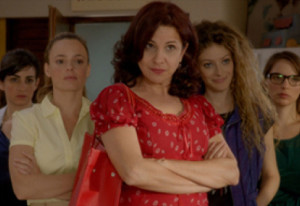 “Cupcakes”
7 p.m.
Studio Movie Grill (spring Valley)
13933 N. Central Expressway, Dallas
This musical comedy celebrates life, love and loyalty. A group of friends in a Tel Aviv suburb get together to watch “Universong,” an international song contest. When heart-broken Anat tells her friends that her husband has unexpectedly left her, the group spontaneously composes a song to cheer her up. As a lark, Ofer enters the cellphone video of their performance without telling his friends. To their utter amazement, their impromptu composition becomes Israel’s entry for the coming year’s competition. Reluctantly, they agree to embrace this once-in-a-lifetime opportunity to represent their country and embark on this quest to win the competition.
Talk back with David Taffet, former president of Congregation Beth El Binah, staff writer for Dallas Voice and host of KNON’s Lambda Weekly.
Community Partner: Congregation Beth El Binah 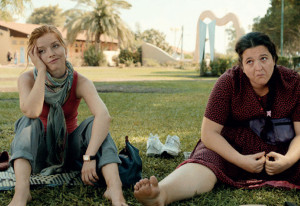 “Hanna’s Journey”
9 p.m.
Angelika Film Center
7205 Bishop Road, Plano
Ambitious German business major, Hanna, has ulterior motives for spending several months in Israel volunteering to work with mentally disabled youth as well as elderly Holocaust survivors. Being a sharp-eyed careerist, Hanna figures that this charity work will make her resumé sparkle when she returns to Berlin. What she doesn’t count on is Italy — the brusque but charming social worker she meets on her first day abroad. He teases her with off-color jokes about the Holocaust and for being German, all of which she considers ancient history having nothing to do with her at all. In time, she becomes less offended and more interested in both German and her own family history, not to mention the man who set her onto this path of self-discovery. This film examines the after-effects of the Holocaust on third-generation Germans and Israelis.
Community Partners: Bnai Zion, Congregation Anshai Torah and the Dallas Holocaust Museum/Center for Education and Tolerance 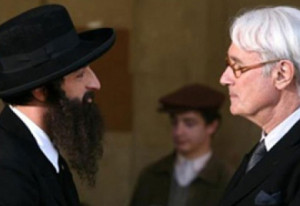 “Disobedience: The Sousa Mendes Story”
7 p.m.
Studio Movie Grill (Spring Valley)
13933 N. Central Expressway, Dallas
In May 1940, when Nazi troops invaded France, Portuguese President Salazar ordered all his diplomats to deny visas to any Holocaust refugees seeking to escape Europe. Aristides de Sousa Mendes, the Portuguese Consul in Bordeaux, deliberately chose to disregard this order, knowing that his actions could have severe consequences for him and his family. Altogether, Mendes issued visas to some 30,000 refugees, about a third of whom were Jewish.
Talk back with Harry Oesterreicher, son and grandson of Sousa Mendes visa recipients and treasurer of the Sousa Mendes Foundation.
Community Partner: Naxon Fund of the Dallas Jewish Historical Society 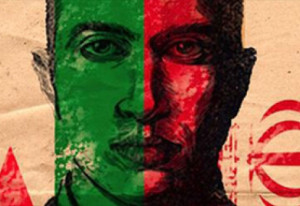 “The Green Prince”
7 p.m.
Aaron Family JCC
7900 Northaven Road, Dallas
Based on the book “Son of Hamas,” this documentary is a gripping account of terror, betrayal and political intrigue. Mosab Hassan Yousef is the older son of one of the founders of the terrorist organization, Hamas, and was groomed from an early age to follow in his father’s footsteps. Arrested for gun smuggling at age 17, he was sent to prison. There he encountered Gonen Ben Yitzhak, a wily member of the Shin Bet, who eventually succeeded in convincing Mosab to become one of the Shin Bet’s most valued and well-connected spies with code name: “The Green Prince.” As Mosab became increasingly stressed by his double life, a fascinating, complex bond between informant and handler developed.
Talk Back with Dr. Kenneth P. Price, clinical psychologist.
Community Partner: “The Big One,” the Jewish Federation of Greater Dallas’ Community Mission to Israel 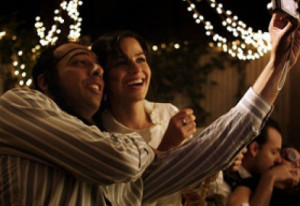 “Peace After Marriage”
7 p.m.
Studio Movie Grill (Royal Lane)
11170 N. Central Expressway, Dallas
“Peace After Marriage” is a romantic comedy, bursting with directorial chutzpah, about a Jewish, Israeli girl, Michaela, who marries a lonely Palestinian-Muslim-American man, Arafat, for a green card. Jewish and Arab/Muslim stereotypes are mercilessly lampooned in this film, which has sold out every festival screening it has played, at events as diverse as the Abu Dhabi Film Festival and the 15th Jerusalem Jewish Film Festival.
Community partner: Temple Shalom 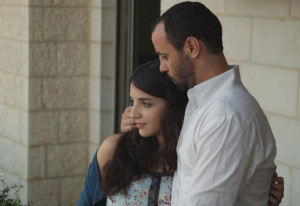 “Under the Same Sun”
7 p.m.
Studio Movie Grill (Spring Valley)
13933 N. Central Expressway, Dallas
A joint effort between Israel and Arab filmmakers, “Under the Same Sun” is a contemporary parable set in the Middle East that puts forth the notion that people who have historically seen one another as enemies can work together peacefully and productively for the common good. The film chronicles the unusual partnership between two businessmen — one Israeli, Shaul and the other Palestinian, Nizar. Together they try to launch a green energy company aimed at providing solar energy for the West Bank. Their venture evokes forceful political and social opposition, and threatens to destroy the very fabric of their family lives. Ultimately, both men, desperate to succeed, turn to Facebook to rev up support for their project in their respective communities.
Talk back with Lt. Col. (res.) Gil Elan, CEO of Southwest Jewish Congress.
Community Partner: Café Israel of the Jewish Federation of Greater Dallas