The healing power of music will stand out as one of the major themes at the Aaron Family JCC’s 17th annual Film Festival. Each year, the festival committee picks the best Jewish films from the past year to capture audiences and prompt discussions.
This year’s festival will run from Saturday, Sept. 7 through Sunday, Sept. 29. Nine films — from a romantic comedy, to an Albanian and Serbian movie, to a documentary — will shed new light on the joys and challenges of Jewish life, past and present, according to co-chairs Brenda and Peter Marcus.
“All of these films are going to grip audiences,” Brenda said. “We have something for everyone. They showcase excellence in Jewish films and some will even give a different viewpoint of Israel.”
There are several changes to the festival this year. The opening night movie “Paris-Manhattan,” starring Woody Allen, will be shown a second time later in the month for folks who missed it the first time and those who want to see it again. And besides the Angelika Film Center in Plano and the Zale Auditorium at the J, some of the films will be shown at a new location, the Studio Movie Grill on Spring Valley Road and Central Expy.
In previous years the festival has always featured a reception on opening night. But since that falls on the day after Rosh Hashanah this year, there will instead be a closing brunch with singing and dancing at the J on Sept. 29, following the last film, “Hava Nagila.” The brunch will be co-sponsored by Simcha Kosher Catering.
One more change: Question-and-answer sessions are scheduled after six of the movies, led by Michael Granberry of the Dallas Morning News, Southwest Jewish Congress CEO Gil Elan, UTD professors Zsuzsanna Ozsvath and David Patterson, music educator Mark Kreditor and film editor Christine Romero.
The entire festival is also supported by the City of Dallas Office of Cultural Affairs, said Judy Cohn, the J’s director of cultural programs who is retiring after the event. This is a way to bring in the greater community, she said.
“We want to bring people in from outside the Jewish community so they can understand the Jewish experience,” she said. “We live in a very multicultural city, and it’s important to understand everyone. This year’s festival will open with a light, happy movie that will draw everyone into the theater, and we close with a fun documentary to make them want to come next year.”
“One of the goals of the festival is to show the best Jewish-themed movies of the past year,” Peter Marcus added. “We have a great lineup this year and have added highly acclaimed Israeli films as well. We hope to expand the American version of Israeli life and its rich, complex culture.”
All of the films cost $11 in advance or $13 at the door; tickets for the final film and closing brunch cost $18 and must be purchased by Sept. 23. A season pass is also available for $95.
For more information, contact Cohn at 214-239-7115. To see film clips and purchase tickets, visit www.jccdallas.org. 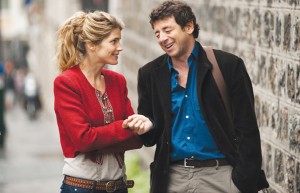 “Paris-Manhattan”
Angelika Film Center,
7205 Bishop Road, Plano
Parisian pharmacist Alice Ovitz has been obsessed with the work and wisdom of Woody Allen since age 15. She even hands out DVDs of his films to her customers as medicine for their ailments. When the occasional suitor turns up, he never quite matches up to Woody. Will the seemingly ideal Vensent or the cynical Victor fare any better? Allen stars in this film.
“We are delighted to have a good romantic comedy to open the festival,” Peter Marcus said. “It’s light, like a soufflé and a breath of fresh air.”
There will be a Q-and-A with Dallas Morning News columnist Michael Granberry following the film, which is co-sponsored by Temple Shalom and Congregation Beth Torah’s Chai Lights, Men’s Club and Sisterhood.
“Paris-Manhattan” will be shown for a second time at 7 p.m. on Saturday, Sept. 22 at the Aaron Family JCC, 7900 Northaven Road, Dallas. 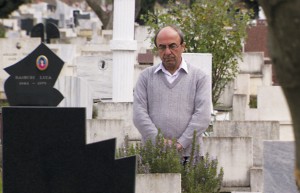 “Besa: The Promise”
Aaron Family JCC,
7900 Northaven Road, Dallas
During WWII, Albania gave asylum to Jews fleeing the Nazis. Albanians took the sacred oath — Besa — to protect the refugees. American Norman Gershman journeyed to Albania to photograph these heroes; there, Gershman met Rexhep Hoxha, who was desperate to fulfill his father’s promise to return the sacred prayer books left behind by the Jewish family he saved. Deeply moved, Gershman offered to help. This is a powerful documentary about the unknown bravery of the Albanians, many of them Muslims, who saved 2,000 Jews.
“This is an important aspect of the Holocaust that nobody knows about,” Brenda Marcus said.
The film’s editor, Christine Romero, will lead a Q-and-A following the screening.
Co-sponsor: The Dallas Holocaust Museum/Center for Education and Tolerance 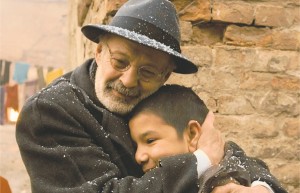 “When Day Breaks”
Studio Movie Grill,
13933 N. Central Expy., Dallas
Serbian music professor Misha Brankov has just retired when the startling discovery of a small metal box turns his life upside down. He learns that his true parents were Jewish and inherits an unfinished musical score written by his real father. Stunned, Misha is driven to pay tribute to his lost parents by completing and performing this work at a memorial concert. Daunting obstacles threaten to thwart his passionate obsession, and the haunting music permeates this drama.
“This is a beautiful movie with tremendous character actors,” Peter Marcus said. “You will leave with a lump in your throat, but it’s a beautifully made movie.”
Dr. Zsuzsanna Ozsvath, Leah and Paul Lewis chair of Holocaust Studies and director of the Holocaust program at UT Dallas, will lead the post-screening Q-and-A.
Co-sponsor: Congregation Shearith Israel 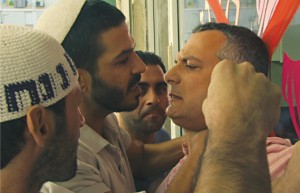 “God’s Neighbors”
Studio Movie Grill,
13933 N. Central Expy., Dallas
Avi belongs to a small band of self-appointed vigilantes patrolling the streets of coastal Bat Yam. Together, they terrorize the neighborhood, unreasonably enforcing strict codes of religious observance. Their frighteningly violent behavior is in stark contrast to the teachings of their gentle, charismatic rabbi. Enter pretty, independent-minded Miri, to whom Avi becomes powerfully attracted. When his gang targets Miri’s “immodest” behavior, Avi starts to question the path to faith that he has chosen.
“This is a very controversial film that shows a side of the ultra Orthodox,” Brenda Marcus said. “It’s like a thriller, but terrifying at the same time.”
Lt. Col. (Res.) Gil Elan, CEO of the Southwest Jewish Congress, will lead a Q-and-A after the film. 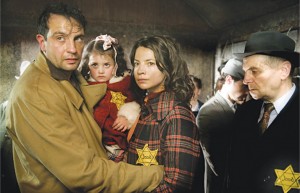 “Süskind”
Studio Movie Grill,
13933 N. Central Expy., Dallas
To obtain protection for himself and his family in Nazi-occupied Germany, Walter Süskind pursues a post with the Jewish Council. But it involves the unimaginable task of having to decide which Jews are to be sent to the labor camps. When Walter discovers what really awaits his fellow Jews, he is horrified to be part of this heinous plan; courageously, he attempts to double-cross the Germans. This true story of heroism, released in the Netherlands last year, has taken audiences there by storm.
“We have never had a film like this before, that sees the Holocaust through the eyes of someone who was part of the Jewish community who sent Jews to concentration camps,” Brenda Marcus said. “It’s an interesting perspective.”
The post-screening Q-and-A will be led by David Patterson, Hillel Feinberg chair of Holocaust Studies at UT Dallas.
Co-sponsor: The Ackerman Center of Holocaust Studies at UT Dallas. 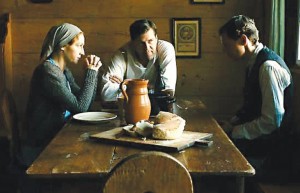 “Closed Season”
Angelika Film Center,
7205 Bishop Road, Plano
On a remote farm in the mountains of the Black Forest, a German farmer, Fritz, and his wife Emma shelter a young Jewish man who is fleeing Nazi persecution. Unable to father a child, the impotent farmer proposes that the man impregnate Emma in exchange for sanctuary. At first repelled by the idea, Emma eventually relents, only to find herself falling for the stranger. Jealousy and betrayal erupt in this drama charged with eroticism and unexpected twists.
“This is a gripping movie on an unusual theme,” Peter Marcus said.
Co-sponsor: Congregation Anshai Torah. 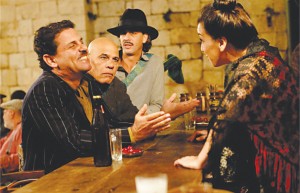 “Ballad of the Weeping Spring”
Studio Movie Grill,
13933 N. Central Expy., Dallas
Joseph Tawila was the lute player in a legendary Mizrahi band sadly torn apart by tragedy. Twenty years later, he is asked to reassemble the band for one final performance to honor the dying wish of a former band member. Joseph has many zany encounters as he travels throughout the land in search of accomplished musicians. Set in a mythical time and place in Israel, the film pays homage to American Westerns, with exotic instruments taking the place of guns.
“There is a scene in this movie that could have been taken from ‘Raiders of the Lost Ark,’” Peter Marcus said. “It has a comedic scene that will have everyone on the floor laughing, and is about the healing power of music.”
Music educator Mark Kreditor will lead the Q-and-A. 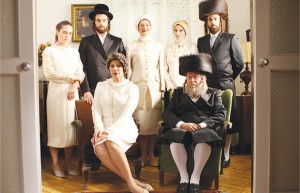 “Fill the Void”
Angelika Film Center,
7205 Bishop Road, Plano
Eighteen-year-old Shira is the youngest daughter of an Orthodox Hassidic family in Tel Aviv. As she is about to be married off to a very promising young man of her own age, her older sister dies tragically in childbirth. Shira’s mother, concerned that her bereaved son-in-law, Yochai, may soon leave the country with her only grandchild, proposes a match between Shira and Yochai. Shira is left torn between her personal happiness and her duty to her family.
“This is a tastefully done film, and we were sold on it after reading a critique in a London newspaper,” Brenda Marcus said. 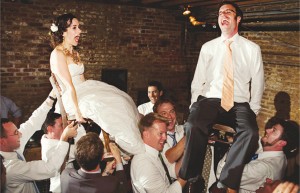 “Hava Nagila”
Aaron Family JCC,
7900 Northaven Road, Dallas
This documentary takes you from the shtetls of Eastern Europe to the nightclubs of New York, as filmmaker Roberta Grossman weaves together the history of “Hava Nagila,” the Jewish song that transcended its humble origins to become a worldwide phenomenon. Featuring interviews with Harry Belafonte, Connie Francis, Danny Kaye, Leonard Nimoy and others.
The film will be followed by a closing brunch catered by Simcha Kosher Catering, along with dueling accordions and dancing.
Co-sponsors: Dallas Jewish Historical Society, Simcha Kosher Catering/Lowell Michelson.