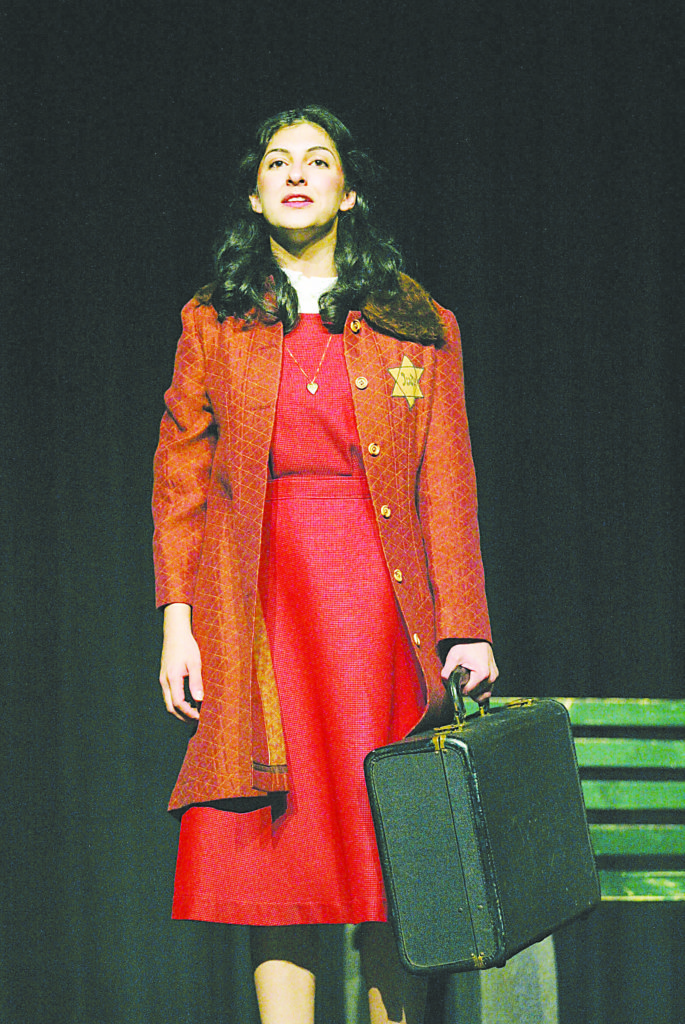 This year’s observance of Yom HaShoah — Holocaust Remembrance Day — falls on Wednesday, April 11. The Jewish Federation of Fort Worth and Tarrant County, in conjunction with Texas Christian University’s Religious and Spiritual Life Department, will begin the observance a little earlier, at 6:30 p.m. Tuesday, April 3, with a presentation of My Heart in a Suitcase at the BLUU Auditorium at TCU, 2901 Stadium Drive. Free valet parking is available. The Dan Danciger/Fort Worth Hebrew Day School Supporting Foundation is providing financial support for the program, which is free and open to the public.
The ArtsPower National Touring Theatre’s play is based on Kindertransport survivor Anne Lehmann Fox’s biography and will conclude with a question-and-answer session from Magie Furst, a Dallas-area Kindertransport survivor.
Angie Friedman, the Federation’s program director, said that while the play has been performed in Dallas, the upcoming performance will be its first in Fort Worth. She also pointed out that the Kindertransport was a bright spot in an otherwise horrible situation. “This play speaks to the beautiful, wonderful human beings who took care of the children, in the face of the war,” she said.
Bringing the children
to safety
The Kindertransport involved an organized rescue of close to 10,000 children, most of them Jewish, before the outbreak of World War II. Those children were taken from Germany, Austria, Czechoslovakia and Poland, and sent to families in the United Kingdom until the war ended.
Furst and her brother, Bert Romberg, also a Dallas resident, are among the few remaining survivors of the Kindertransport. And, Furst is no stranger to the play, having seen it about 20 years ago — “in a Christian church, in Irving, Texas,” she said, adding that, “Everyone had a different experience, though we initially left for the same reasons.”
Furst, her brother and her mother departed her native Germany in 1939, when she was 10 years old, on one of the “rescue trains.” Her father, a decorated soldier who had survived World War I, died in 1934. The three lived in Great Britain for six years, until the war concluded.
Though the family was safe, those years were difficult — Furst said she didn’t know any English, and she was separated from her mother and brother. “Very few families were willing to take in two children,” she said. Her mother eventually brought the family to the United States, where Furst and her brother settled in Dallas during the early 1960s.
And, while Furst will be on hand at My Heart in a Suitcase, Romberg will speak at the Fort Worth Federation’s annual Yom HaShoah observance on April 11, close to a week later.
Standing up to injustice
Furst will soon celebrate her 89th birthday and calls herself “one of the babies” of the Kindertransport. She also regularly shares her experiences with children who visit the Dallas Holocaust Museum/Center for Education and Tolerance. One constant theme cropping up is “that they don’t seem to realize that Britain wasn’t overrun with Nazis,” Furst said. “I make it very clear that it didn’t happen that way.”
One of the questions she poses to the young visitors is if they, in similar circumstances, would be willing to shelter children from different countries who were in need of rescue, without knowing anything about those children’s backgrounds or situations. “Most are quiet, they think about it,” Furst said. “But a very few say yes.”
It’s for this very reason that My Heart in a Suitcase is so important, Friedman said, as it focuses on the very topic of taking action, when needed, and standing up when injustice takes place. “Those families didn’t have to take in those children, or families, and keep them safe from war, but they did,” Friedman said.
And, while the Nazi-generated Holocaust and events surrounding the Kindertransport are well in the past, hate-generated atrocities continue taking place worldwide. Additionally, anti-Semitism is alive and well, “and not just in Europe,” Furst commented.
“I hope audiences who attend this play realize that these things are still going on; they aren’t anything new,” she went on to say. “It’s taking place all over the world, it’s happening to children in Syria, Africa and everywhere. They have to help those children, too.”

Around the Town: Matt Schneider,