Editor’s note: This is the second report of Jerry Kasten’s recent trip to Korea.
Since returning from the Korean War Veterans tour in July, Deanna and I have been inspired to search for Jewish connections.
We’ve discovered that South Koreans believe that their modern history is similar in many ways to the history of the Jews.
Koreans endured years of oppression and slavery under the Japanese occupation, beginning in 1910 and ending in 1945, after World War II. In addition, millions of innocent Korean civilians were killed during the Korean War, beginning with the Communist invasion from the North in 1950. Both Israel and South Korea had declared their independence from foreign control in 1948, resulting in war for both nations and a continuing uneasy state of affairs. 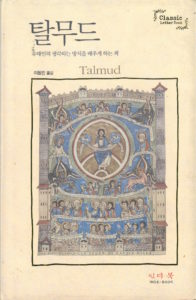 South Korea rebuilt itself as did Israel after the War of Independence. Now both countries are thriving democracies in a hostile non-democratic area.
The South Koreans look to the Jews as models of advanced education and achievement. They too place importance on education, pressuring children to excel in school and compete for scholarships, university education, and quality jobs.
Jews are seen as successful in many diverse fields exemplified by Nobel Prize awards and Israel’s advances in agriculture, science, and technology.
Korean educators believe that the single greatest contribution to the Jewish people’s success is their study of Talmud. What started as a class offering in a South Korean private school in 2000 has grown in such acceptance that the Talmud has become a required part of South Korean children’s public school primary education, since 2011. Obviously, at that age level, it probably is a simplified version of Jewish wisdom.
Even Korean adults have started studying the Talmud to the extent that it is a best seller, available at book stores and in vending machines. It is so highly thought of that it has become a sign of intelligence to have a copy of the Talmud on the bookshelf in a Korean home.
As we concluded our stay in South Korea, we noted the loving attitude Korean youth show to the elderly. We had enjoyed a formal ceremony of children bowing to their parents and at the farewell banquet, little girls presenting the vets with flowers and hugging each one. Indeed, it seems studying Talmud may have contributed to the character of this progressive and grateful nation.

More troops killed in training than in war