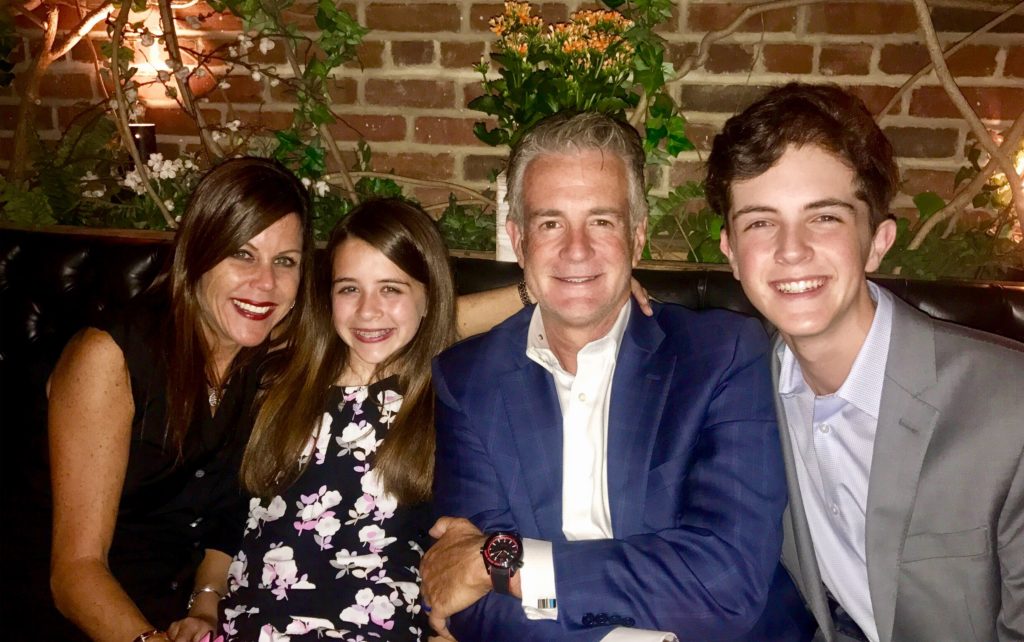 Stacey and Chuck Butler will be honored at Ann & Nate Levine Academy’s annual gala on Sunday, March 25 for their tireless work toward improving the quality of education at the school.
“The Butlers are being honored for all they have said and done — for all their commitment to Levine Academy,” explained Kim Gold, who chairs this year’s gala with Staci Rubin. “This event is a great way to get the community together and to raise money for Levine.”
The gala this year will take place in downtown Dallas at the Fashion Industry Gallery, 1807 Ross Avenue.
The Butlers — who have held significant lay leadership roles over the past 10 years — are the parents of Gabbi, an eighth-grader at Ann & Nate Levine Academy, and Brooks, an Episcopal School of Dallas sophomore and Levine alum.
This year’s Levine Gala will spotlight a large array of live and silent auction items to help fund specific classroom needs at Levine, the school’s scholarship program and faculty professional development there, according to the school. Carrie Sternberg and Mahra Pailet chair these auctions.
As many as 400 people are expected to attend the grand event, which begins at 5:30 p.m. with cocktails and hors d’oeuvres, Gold said.
Levine Head of School Tom Elieff said he believes it would be impossible to find more committed and passionate advocates than the Butlers.
“They embody the word ‘mensch,’” Elieff said. “They don’t just assume the role of PA (Parents Association) president or board president. Every step of the way, they are actively on the front line, ready to problem-solve, garner support and advance the school.”
The Butlers’ list of accomplishments is intimidating:
Chuck Butler served as Levine school board president from 2013 to 2015.
He helmed the school’s capital campaign of 2013. (This resulted in a $4.5 million remodeling of the Weinreb Early Childhood Center.)
Butler also initiated Levine’s next strategic plan three years ago.
Chuck Butler’s work launched a major investment in the school’s academic program and spearheaded innovation in curriculum and technology.
Under Chuck Butler’s tenure, the school’s endowment grew substantially and its enrollment reversed a downward trend and moved upward from 370 to 445 students.
Stacey Butler, a graduate of the University of Arizona, also has dedicated her time toward vigorous improvement at the school:
Her efforts include several roles on celebrations and committees, including gala chair, Chanukah Carnival chair, PA president, and Purim Carnival chair.
Stacey Butler’s community impact includes service work for organizations such as Meals on Wheels, Cattle Baron’s Ball, Hunger Busters, Heroes for Children, Chai House, Brother Bill’s and The Legacy.
The accomplishments of the Butlers — and the subsequent accolades for that work — extend well beyond the walls of the academy.
Chuck Butler, for example, is being honored by UT Dallas as the school’s Alumnus of the Year on March 24, the day before the Levine honor.
Additionally, Butler has served as a guest lecturer at UTD’s MBA program. He also has actively supported startups focusing on technology and software.
The Butlers have been active with Temple Emanu-El and have served there as co-chairs of the annual fund for the past two years. Chuck Butler served on the Federation’s allocation committee for years.
But for all their work, dedication and accomplishments, the couple said the most important thing is raising their two children.
The Butlers emphasize the importance of children and community.
“We want to instill a sense of purpose in who they are,” Chuck Butler said. “As proud Jewish parents, our focus is on the long game: the decisions they will be making in their 20s, 30s and 40s and with whom they choose to spend those years. We know their Jewish day school experience will provide them the best preparation for that. What better place to invest not only our money, but more importantly our time and support? Not only for our children, but for generations to come?”
Gold, whose children are 5, 9 and 11 years old, said it has taken a long year of work for organizers to get the gala just right.
“We have a great live auction and some surprises I won’t put out there quite yet,” Gold said.
For sponsorship information, contact Yael Twito, director of development, at 972-248-3032, extension 114. RSVPs must be made before March 18. Tickets are $180 and can be purchased by visiting www.bidpal.net/levinegala.

Writer compares US elections to Israel’s