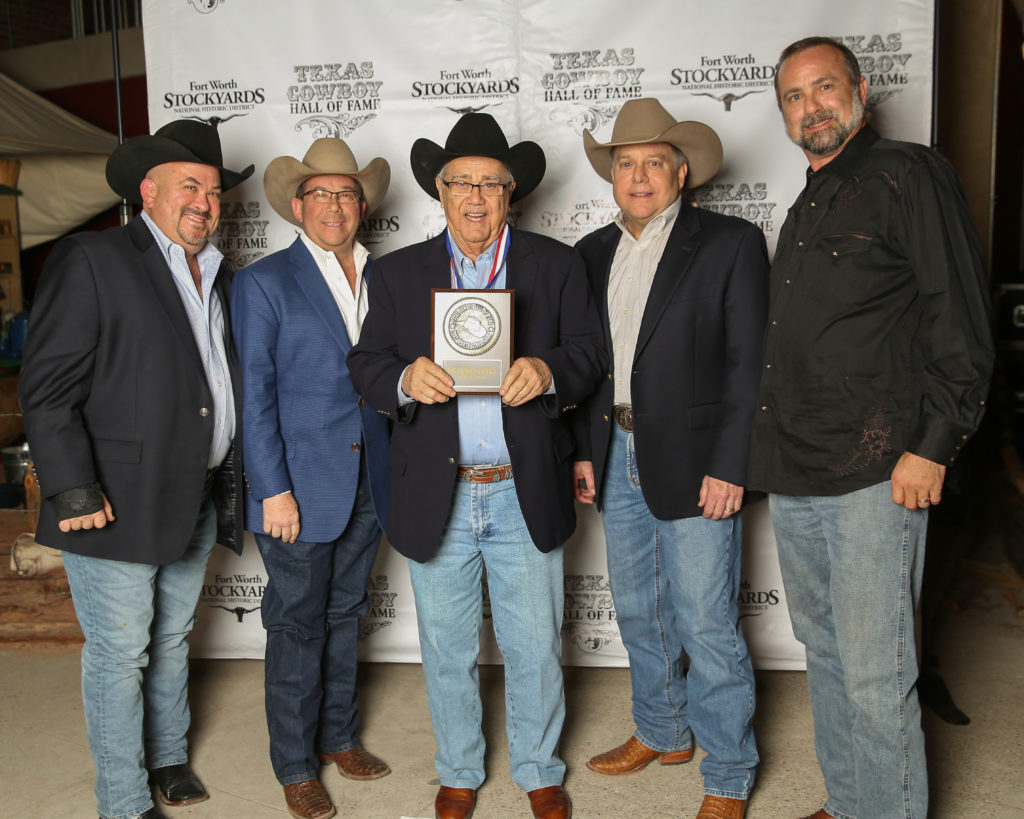 The Texas Cowboy Hall of Fame in the Fort Worth Stockyards on Jan. 11 inducted a slate of individuals who represent what it means to be a Texas cowboy.
For the Luskey family, however, this year’s ceremony was more than an annual event hosted by the museum down the street from their legendary Western retail shop. The family was among this year’s honorees, along with ranchers John, Punk and Roy Carter, bull rider Adrian Moraes, cattleman Gerald Sullivan and artist Bruce Greene, who received the 2018 Rick Smith Spirit of Texas Award.
About 30 Luskey family members from around the country attended the ceremony, said Alan, who ran the store with cousin Michael until 2016 when they sold it to Cavender’s.
The cousins are still fixtures at the store founded in 1919 in downtown Fort Worth. The family eventually transformed it from a dry-goods merchant into a full-fledged western wear store, selling boots, cowboy hats and belts.
In 1982 the Luskeys merged with Ryon’s Saddle Shop to create Luskey’s-Ryon’s Western Wear, a two-story building that the family ran at 2601 N. Main St. in the Stockyards.
It is believed the Luskeys are the first retailers and Jewish honorees.
But the Jewish western and rodeo legacy is still rich. In 2016, the late Frances Rosenthal Kallison, who was born in Fort Worth, became the first Jewish cowgirl honoree inducted into the National Cowgirl Hall of Fame and Museum, also in Fort Worth.
In 2015, Rabbi Andrew Bloom of Fort Worth’s Congregation Ahavath Sholom led the first Jewish prayer at the beginning of the annual Fort Worth Stock and Rodeo.
But getting into the Texas Cowboy Hall of Fame is not easy, even in a state with plenty of cowboys and cowgirls. The nominating process is open, but to be considered, nominees must have been born or live in Texas, are actively involved in the rodeo or western lifestyle scenes and adhere to the museum and hall of fame’s mission of honoring “individuals who have shown excellence in competition, business and support of rodeo and the western lifestyle in Texas.”
Applicants have to submit accompanying information, including two letters of recommendation, a detailed biography, a list of accomplishments and other relevant documents.
A committee whittles down the list and chooses the year’s honorees.
The family was informed about 90 days before the ceremony, giving them enough time to round up family members and get display items for their booth highlighting the family company’s history.
“It is a huge honor for the family. It means a lot to Western industry. They are the people who have supported us for 100 years,” Alan said.