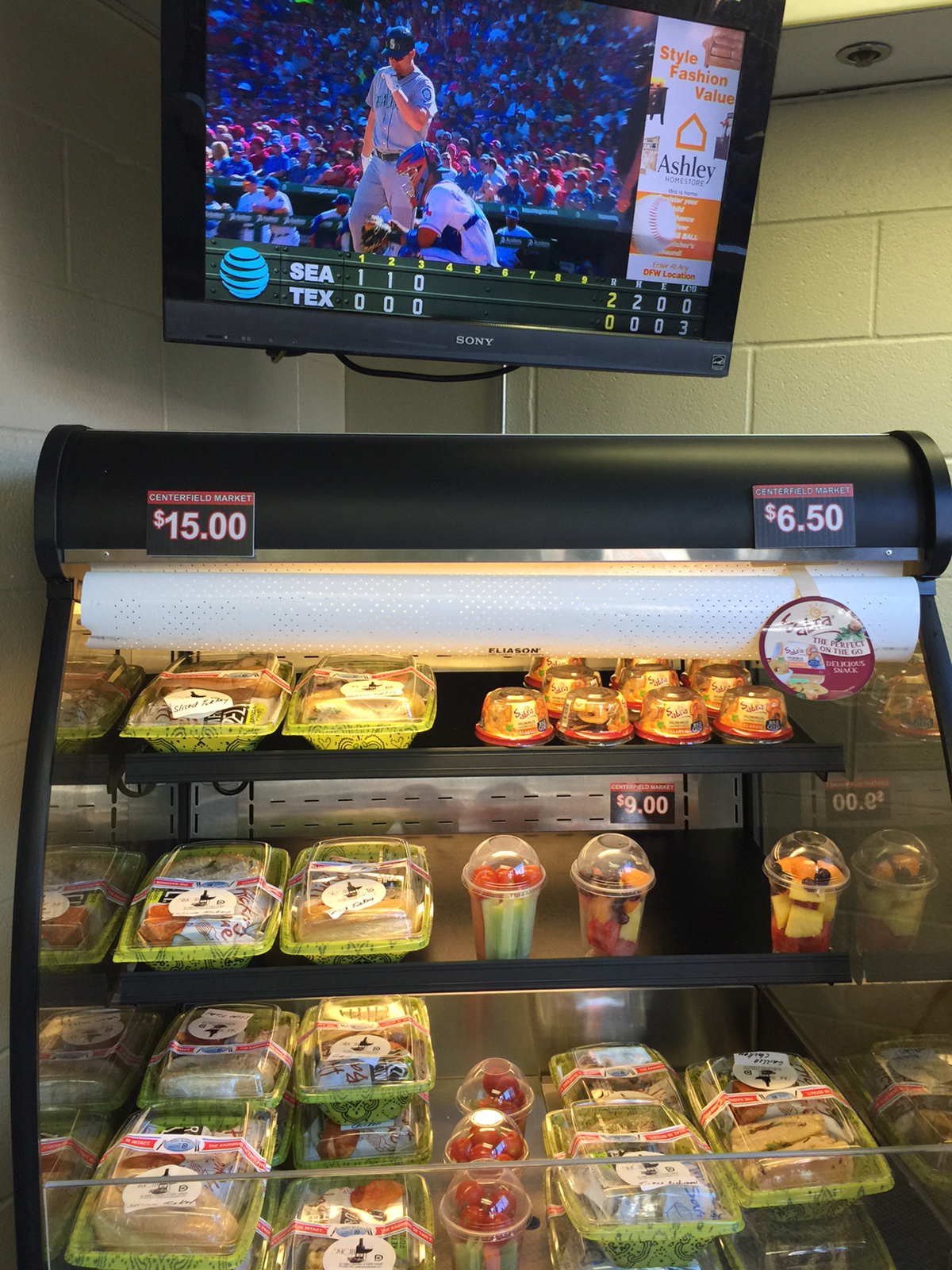 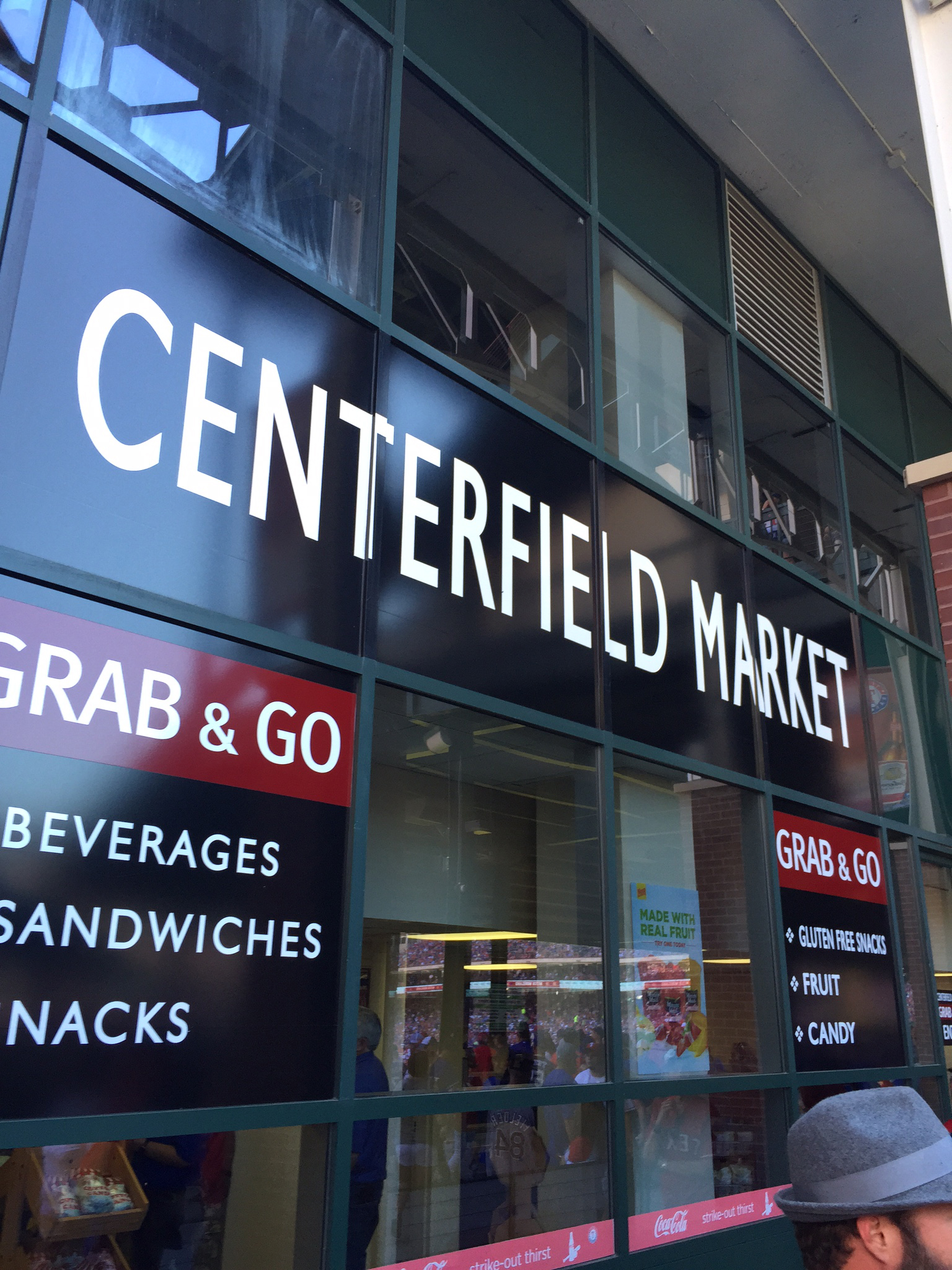 ARLINGTON — Kosher food is now being served at Texas Rangers games at Globe Life Park in Arlington.
Individually boxed kosher meals have been sold at the Centerfield Market — a convenience-style store at Centerfield Plaza on the first level of the park — since opening day April 4.
The meals are prepared by Simcha Kosher Catering as part of a contractual agreement with Delaware North Sport service — the exclusive food, beverage and retail services partner of the Texas Rangers at Globe Life Park in Arlington.
“Everybody wants to enjoy the ballgame, and we really want to enhance this experience for our Jewish fans,” said Gregg Maass, retail operations manager for Delaware North Sport service.
The $15 kosher meals — available in a fridge inside the store — consist of tuna, chicken or turkey sandwiches, with chips and a cookie.
The kosher meals are sold along with the gluten-free foods, cold drinks and ice cream available at Centerfield Plaza.
Simcha Kosher Catering is preparing food for the ballpark under the supervision of Dallas Kosher, confirmed Miranda Winer, DK executive director.
It is possible this current arrangement might evolve to eventually include hot food and full kosher concessions, but that is still only a possibility right now.
“We’ve had some discussions about that and that’s still on the table,” Maass clarified. “As the sales show up and we spread the word through guest relations we will see if it drives us to push out and continue doing more.”
Winer said if Simcha Kosher Catering were ever to prepare hot food on site at the Ballpark, Dallas Kosher would need to dispatch someone there to “kosherize” the equipment at the ballpark.
Maass said right now he wants to concentrate on how the sandwiches are selling.
“Concessions have always been expected to be hot dogs, hamburgers and nachos, but in recent years concessions have expanded into niche diets — and kosher is right up there on those,” he said.
The current arrangement was firmed up in mid-February, when Greg Maass met with Simcha Kosher Catering owner, Lowell Michelson and worked out the details.
Michelson, an avid Rangers fan, said he sat down in the stands with Maass at a recent away game in San Diego and chatted with him about the idea.
During that conversation with Maass, Michelson lamented that kosher food was available at ballparks in Minneapolis, San Diego and Baltimore, but not in North Texas, which has “one of the largest major league baseball markets out there.”
Michelson said Maass responded by immediately offering his business card. And later Maass was quick to get back to Michelson about the idea. Michelson said Maass’ decision to allow kosher sandwiches to be sold at the park allowed him “a foot in the door.”
Michelson said he is determined to make the current arrangement work.
“When guests come to the ballpark they will be able to find a kosher menu and food with approved kosher seals on them,” he said.
Michelson said having kosher food at the ballpark should serve as a draw — not only for the Jewish community of the DFW Metroplex but also nationally.
“The best way to get some buzz about this is to build on it,” Michelson said. “We want to urge fans to support the program and with shout outs and emails and through social media. This is a win-win situation for everybody.”
Winer agreed.
“This is just another example of the growth of the Dallas Jewish Community — for whom kosher is very important,” Winer said. “Dallas is growing and the Jewish community is growing right along with it.”
Meanwhile, Greg Maass said he is looking for feedback on the kosher meals. He urged kosher customers to email any questions or suggestions to gmaass@delawarenorth.com.

300 gather to learn about Israel’s issues

Hanging a mezuzah on the doorpost of your home or office