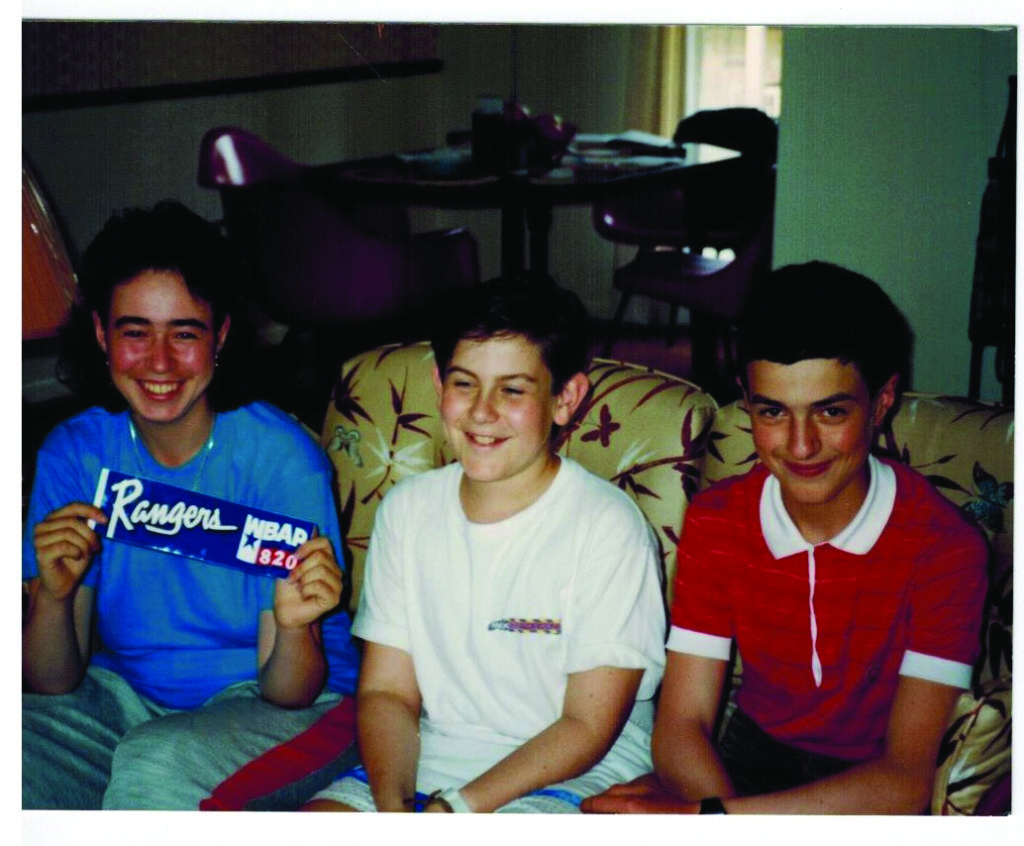 By Hollace Weiner
When Svetlana Ronin, a Soviet refugee from Kharkov, stepped off the plane at Dallas/Fort Worth International Airport May 15, 1990, she spotted a banner in Cyrillic letters that declared: “Happy Birthday Lana.” The best present for her 29th birthday was touching down in Texas.
Accompanying Ronin were her extended family: husband Gennady, a mechanical engineer; their son, Yuri, a cherubic 5-year-old; her sister and brother-in-law, Maya and Mark Serebro, both engineers; and their daughter, Yuliya, 11. Last, but hardly least, was family matriarch Sofia Nosanovskaya, Lana and Maya’s 60-year-old mother, a language professor who landed jobs as a Russian instructor at the University of Texas Arlington and a translator at Texas Christian University.
For this close-knit family, the transition from communism to capitalism, from the Russian alphabet to the ABCs, was jarring at times. They prove that the wandering Jews who settled in Texas weren’t just the banana peddlers, scrap-metal dealers and Galveston immigrants of a century ago. More recently, during the 1970s, 1980s and 1990s, scores of Johannesburg Jews and Russian refuseniks made Texas home.
“When we first came, it was kind of like landing on the moon,” Mark Serebro recalled.
Modern expats such as the Ronin-Serebro family will be the focus of a multimedia panel, “Gone 2 Texas: Two Waves of Immigration, Soviet & South African,” from 10 a.m. to noon April 14 at Beth-El Congregation, 4900 Briarhaven Road in Fort Worth, as part of the Texas Jewish Historical Society’s 38th annual gathering.
Today, 28 years later, the Ronins and the Serebros are American citizens who have bridged two worlds.
The extended family arrived under the umbrella of Operation Exodus, the resettlement in North America and Israel of 1.1 million refugees fleeing anti-Semitism in the Soviet system. More than 70 refuseniks settled in Fort Worth, where the Jewish Federation had raised money, rented apartments, signed up volunteers and arranged job leads for the adults.
Ronin, who was an economist in the Ukraine, initially worked with Color Tile as an accounts-payable bookkeeper. After five years, she took her bookkeeping skills to Stove Parts Supply. She switched to computer programming and ultimately became an entrepreneur, operating two Pearle Vision centers, one in Euless and another in Southlake.
Her husband learned to drive a car shortly after arriving in Texas and was hired at Frias Engineering of Arlington. Today he is a manager with Lockheed-Martin. The couple live in Colleyville.
Their son, Yuri, and niece, Yuliya, initially enrolled at Fort Worth Hebrew Day School, learning English, Hebrew and all about Judaism, which was taboo in the U.S.S.R.
Yuri, who anglicized the spelling of his name to Yury, graduated from Arlington’s Lamar High School and TCU, then enrolled at University of Houston College of Optometry. That’s where he met Nelly Gendelman, a Soviet immigrant whose family had resettled in Dallas. Yury and Nelly were married under the chuppah in November 2014.
“We had a huge Russian wedding with 250 guests and Russian food at a hotel in Dallas,” Lana said. “A lot of American friends were there and loved it.”
“We’re lucky,” she added. “We worked hard. It’s a blessing to come to America. It’s a good country for people like we are. It’s really incredible what life can bring.”
Maya Serebro initially worked in finance and payroll at Tandy Corp. and then for Color Tile. When Color Tile ceased operations, she worked at a succession of banks and at Colonial Savings.
Meanwhile, her daughter, Julia (formerly spelled Yuliya), worked her way through college with part-time banking jobs. After graduating from TCU with a degree in business administration, Julia applied to Allstate and for the past decade has been among the insurance company’s top agents, listed on Allstate’s Honor Ring, Circle of Champions and Leaders Forum. Maya sometimes helps out at her daughter’s Allstate office in Mansfield.
Julia’s dad, Mark Serebro, began his American career on the assembly line at Tandy. He rapidly moved into computers and advanced to systems engineer. Since 2004, Mark has been with the City of Fort Worth, where he is a senior IT tech support analyst.
Mark recalled that on his second day in Texas — May 16, 1990, — the Jewish Federation of Fort Worth and Tarrant County hosted a reception for the Soviet immigrants and the local volunteers involved with Operation Exodus. Federation board members Mark Rosenfield and Jeff Hochster asked him to address the crowd, “because my English speaking was better than most.”
Mark added, “They asked me to say thank you to everybody who helped. Afterward, a very nice, kind woman came up to me and said, ‘Can I invite you to our house for dinner?’”
The woman was South African-born Dorene Zilberg, whose family had immigrated a decade earlier from Zimbabwe.
“I said, ‘Yes, we will come.’ This is how we got to know each other. We came to the States around the same time. It was a completely different immigration for them than for us, but both families had similar feelings. This was the beginning of our friendship. It was very, very helpful. We never forgot this. We always have good feelings about her.”
Dorene Zilberg died from cancer in 2002. Her husband, retired pediatrician Bernard Zilberg, 91, still lives in Benbrook. Their daughter Elana became a cultural anthropologist, focusing on Latin American asylum seekers.
The expat experience remains a theme running through each of these immigrants’ lives.
The “Gone 2 Texas” program is open to the public, with a $15 charge for those who stay for lunch (sandwich platters from Yogi’s Deli). To register, contact Jack Gerrick at texbed@charter.net or 817-994-3074, or send a $15 check to the TJHS at 4308 Sarita Drive, Fort Worth, TX 76109.
A booklet with follow-up stories of 10 immigrant families will be distributed during the program. The Texas Jewish Post will print more of these profiles in the weeks to come.

Around The Town: Daytimers, scholar in residence, JWI, Rosh Hashanah