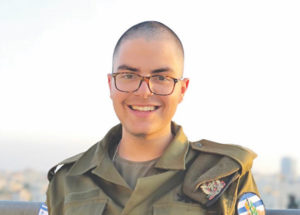 In the seven decades since the establishment of the third Jewish commonwealth, we have revived our language, made the desert bloom, and ingathered the exiles of our people. Our next goal must be total integration into the greater Middle East.

As is the case with other nations, Israel deserves to live in peace and mutual prosperity with its neighbors.

Though this goal may appear unattainable, and the hatred of our people seems to be an inseparable part of the Arab world, a quick glance at a history book proves otherwise. In the lands of our exile, Jews often prospered more under Arab caliphs than under Christian kings. Under Ottoman rule, the Land of Israel was connected through vast infrastructure to the whole of the Middle East. Jews vacationed in Cairo and Beirut, and Steimatsky (Israel’s largest bookstore chain) had stores in Baghdad and Damascus.

When David Ben-Gurion declared independence, he told the world that Israel would “extend a hand to all neighboring states and their peoples in an offer of peace and good neighborliness…the State of Israel is prepared to do its share in a common effort for the advancement of the entire Middle East.”

The great tragedy of 1948 was not, as is the prevalent opinion in most Arab societies, the re-establishment of the State of Israel. Rather, the tragedy was that, in boycotting and battling Israel, her neighbors set back the entire region, and shattered all hopes for immediate regional progress.

When Menachem Begin and Anwar Sadat signed the miraculous peace treaty 40 years ago, the tides began to turn. Since then, not only has Israel signed a peace treaty with Jordan, it has developed close coordination with Palestinian security forces. There has been a gradual thaw in our relations with Sunni Arab states.

With hope for regional progress renewed, there is much that Israel can and should do. Just as Golda Meir sent thousands of Israeli agronomists to decolonized African states, our current government should send Israeli professionals to our neighbors. Imagine Israeli solar panels in Saudi Arabia and drip irrigation in the Sahara.

We should work with our neighbors to restore and improve the antiquated Ottoman railway system, which would foster personal and economic ties across the region. Those trains could bring exchange students from Cairo to Tel Aviv and tourists from Haifa to Beirut.

Unfortunately, these proposals largely rely on the cooperation of our neighbors, most of whom will not assent until final peace settlements are reached with Lebanon, Syria and the Palestinians, whose governments have proven less amenable to negotiation than Egypt and Jordan.

There are however, concrete steps that Israel can take unilaterally to try to achieve the same goal.

Israel can, for example, invest heavily in Arabic instruction, which is currently taught in Israeli schools, but should become a graduation requirement. Arab towns in the north, Palestinian neighborhoods in Jerusalem, and Bedouin villages in the Negev should all receive the financial aid and services that are due to them.

The government should fulfill the commitment made in the Declaration of Independence to “safeguard the Holy Places of all religions.” Though Israel certainly protects its citizens’ freedom to worship as they choose, there is more to be done. The relevant ministries should be given the funds to preserve Arab heritage sites, restore abandoned mosques and Muslim cemeteries, and memorialize the roughly 400 Palestinian villages that were either abandoned or destroyed in War of Independence.

These policies would be a significant step forward toward the regional cooperation and good neighborliness to which we, as Israelis, are pledged. However, these policies must accompany a fundamental shift in the Israeli narrative. So long as we think of Israel as an “island of the West in the East,” our neighbors will never truly accept us.

Though we should be proud that our European-educated founders brought Western democracy to the Levant, that does not change the fact that the Jewish state and the Jewish people are fundamentally Eastern.

The vocabulary of Hebrew took shape on the Eastern edge of the Mediterranean, our music found inspiration in the howling winds of the Negev desert, and our worldview — our understanding of God and His mission for us — was formed in the hills of Judea. All Jews, whether Ashkenazi or Mizrahi, are more closely related to Arabs than to any other ethnic group.

Once Israelis stop thinking of ourselves as foreigners, when we finally acknowledge that our heritage is native to this land, regional cooperation will not only foster peace and economic interdependency, it will allow us to express our authentic national identity.

For all its problems, this corner of the world is the one we call home. Once we embrace that — with the help of God — our neighbors will see us not as adversaries, but as partners in pursuit of a common goal.

Dallas native Matan Rudner made aliyah in August 2017 and serves as a Lone Soldier in the IDF.

Service, not simplification, the key to Judaism