When the phone rings on March 27, be sure to answer the call. The Jewish Federation of Greater Dallas (JFGD) is holding its annual phone-a-thon, one of the largest fundraising events in the Dallas Jewish community. 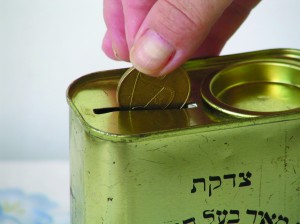 Super Sunday has been an essential part of the community for roughly 15 years as a significant way to meet the $11 million goal of the JFGD’s annual campaign. The event, which has a Monopoly theme this year, will take place in the Zale Auditorium of the Aaron Family JCC, 7900 Northaven Road, and will have multiple shifts throughout the day.
The shifts are as follows: Get the Game Started Right, 9:30 a.m. to noon; Collect Gifts for the Community Chest, 11:30 a.m. to 2 p.m.; Make the Call and Be the Banker, 1:30 to 4 p.m.; and Collect the Pledge and Pass Go, 3:30 to 6 p.m.
Mark Kreditor, who is co-chairing the event with Ben Fine, said he considers Super Sunday to be one of the “big three” fundraising events of the year, along with the Kosher Chili Cookoff, which will take place April 3, and the Bagel Run, to be held on May 15.
“I was touched by it when I went as a volunteer; I felt good being one Jew asking a second Jew to help a third Jew,” he said. “It’s the single biggest day of outreach for the campaign and I hope the larger community can participate on some level. The key is for everyone to give tzedakah and be part of the healing of the world.”
All of the money raised will be allocated to the various agencies that are beneficiaries of the JFGD, which will in turn provide services for the sick, elderly and at-risk populations; assist Jews in Israel and around the world; and enhance formal and non-formal education.
Other happenings on tap are face painting and activities for children; prizes will be awarded during each time slot and there will be a drawing for a 32-inch television; one synagogue and one agency, each that has the most participation by percentage, will receive the Golden Phone Award and $500; and breakfast, lunch, dinner and snacks will be provided. In addition, all participants are asked to make calls from their own cell phones.
Regan Wagh, JFGD senior campaign associate who is in charge of Super Sunday, said this is a way for the entire community to come together.
“This is a community-building event and it’s a great way to learn how to solicit better,” she said. “We really encourage organizations to send out their volunteers so they can practice making phone calls with us and then go back and use the tools they learned to help their organizations. Super Sunday allows the community to help out in an impactful way.”
Wagh added that they have also reached out to teenagers from BBYO and Yavneh Academy by providing community service hours for their involvement and have targeted the young adult population as well to make calls during the final shift.
Ben Fine, who at 24 years old is the youngest Super Sunday co-chair in the country, said he credits his time at Yavneh Academy as what laid the foundation for learning about the importance of giving back. He previously volunteered at Super Sunday by making calls, but this is the first year he has been involved on a larger scale.
He said without Super Sunday, the JFGD wouldn’t be able to allocate money to other agencies. He believes this is a vital way to strengthen the Dallas Jewish community.
“When I volunteered at Jewish Family Service and Golden Acres in high school, it clicked with me that the JFGD is an important part of our community and I am honored to co-chair this event,” he said. “This is a time where every person needs to help. It’s an integral part to the success of the JFGD and it helps increase the amount of money we can give to our agencies in Israel; that’s the best part.”
For more information and to sign up, visit www.jewishdallas.org, or contact Regan Wagh at 214-615-5259 or rwagh@jfgd.org.