Israeli Culture Night was Hillel at UT Dallas’ largest event yet with approximately 125 students in attendance, twice the number from last year.
Many of the students who came to learn something about Israel and taste free falafel (from Milk & Honey) were not Jewish. Some were Indian students who said “India loves Israel.”
Jesse Stock, StandWithUs Southern Regional High School Program Coordinator, was in attendance to answer questions about Israel and brought two large posters about Israeli Humanitarian Aid and Technology/Innovation.
Hillel students had this to say about the event: 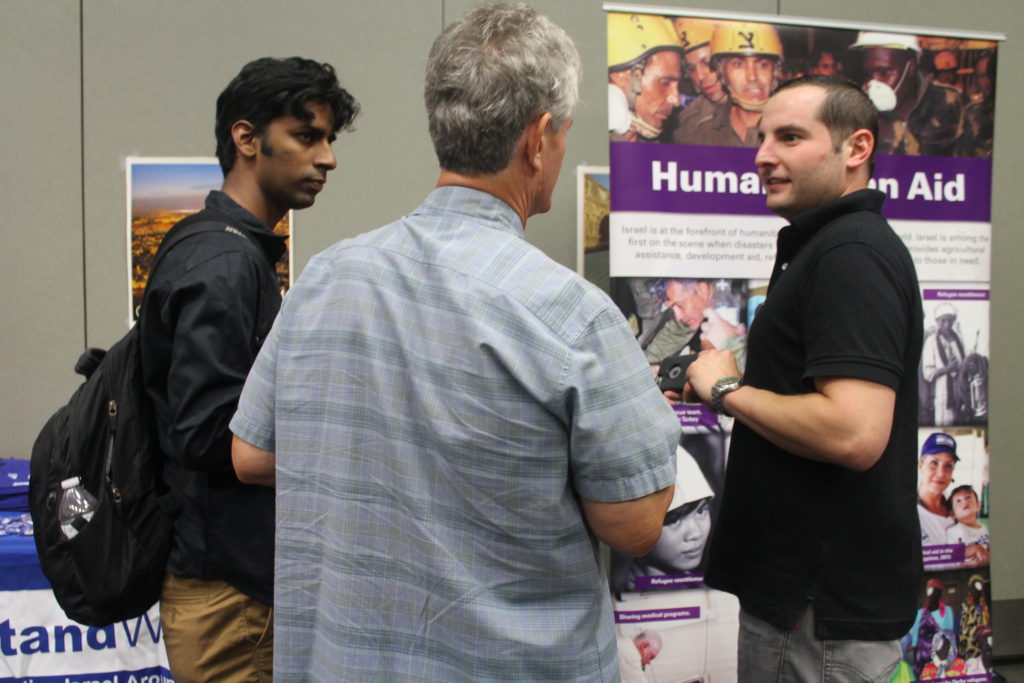