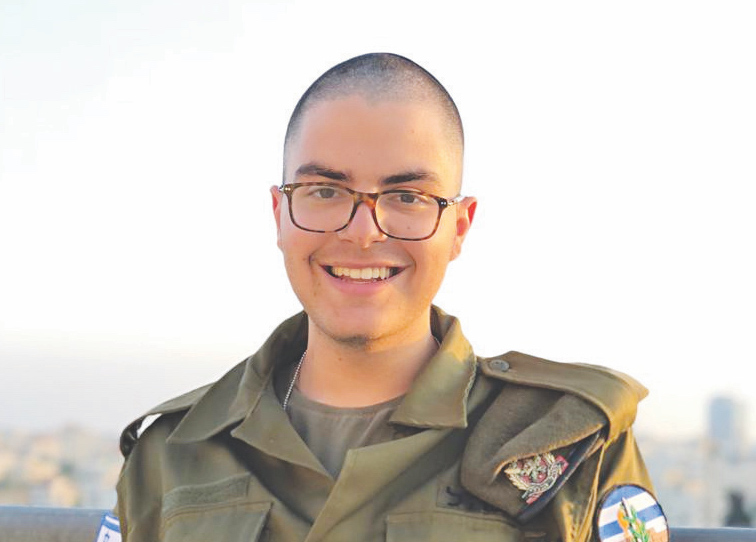 It’s been a year and a half since my aliyah to Israel, and I’d like to make some things clear.
I didn’t leave Dallas, the city where I was born and raised for 19 years, because of any animus toward Texas or the United States. I didn’t leave in order to rebel against my parents or because I rejected the values of the community that raised me. On the contrary, my aliyah was an affirmation of love for the place from which I came.
My worldview was shaped in the halls of the JCC, Levine Academy and Shearith Israel. In my mind, my childhood is the challah I brought home on Fridays, Points for Peace games at the J, Yom HaAtzmaut parades in the parking lot and bar mitzvah services across the Metroplex. It was in the institutions and among the people of the Dallas Jewish community that the values I hold dear were instilled in me.
And when I was very young, I realized that the only way I could live a life in line with these values was to leave Dallas for a land across the sea, a land flowing with milk and honey.
Because it was in Dallas where I was taught that my story was the story of the Jewish people, that my culture was Jewish culture and that my values were Jewish values. At home, in class and at shul, I was raised to love my G-d and my land. And I was told that my fate was eternally intertwined with our people’s fate.
And while I know that millions of American Jews (including some in my family) disagree strongly with my assessment that Jewish life can and should be lived only in Israel, I don’t know how it’s possible to be brought up like I was and not see aliyah as the only way forward.
People make aliyah for a plethora of reasons, all of them valid. Some come to escape persecution or struggling economies, and some come because they feel halachically obliged. There’s also the increasingly strong argument, backed up by study after study, that non-haredi Jewish life in America will simply disappear in a few generations.
But for me, the most compelling case is that Israel is where we belong. I refuse to sit comfortably in America on the sidelines of Jewish history. Israel is where the next chapter of our story is being told. In this beautiful and complicated land, Jews are free, for the first time in 2,000 years, to live out loud. We are not Jews of the ghetto, cowering before our own shadows; and we are not Jews of America, the 21st-century Babylon, choosing daily between assimilation and isolation.
Every Sunday, as I make my way to my military base, I drive on streets named not for saints but for rabbis and great Zionists. As I wander through the bus station, I pass by restaurants that adhere to my dietary laws and I pay for my bus ticket in the language that reflects my people’s experience and in a currency that was first mentioned in the books that I read at synagogue.
When I strap my gun on in the morning, it is a vow to protect the country that I love and that loves me in return. It is an act of defiance against those who sent my family to the gas chambers and an act of pride that Jews no longer depend on anyone else’s permission to stay alive.
Living in this land, contributing what I can to the people who have given me everything, has been the greatest gift of my life. Because in spite of, or maybe because of, the difficulties and the challenges that I’ve faced here, I’m no longer a Jew of the exile. I’m a Jew from the Land of Israel: proud, confident, and free.
So I hope you’ll join me here, in this land that I love with all my heart. I promise you won’t regret it.
Dallas Native Matan Rudner made aliyah in August 2017 and serves as a Lone Soldier in the IDF.

Jewish-Arab coexistence in Israel must continue