By Deb Silverthorn
“Do not forget the things you saw with your own eyes, so that they do not fade from your mind as long as you live. Make them known to your children and your children’s children.” So says Deuteronomy and so says Dallas chef, cooking instructor, columnist and cookbook author, Tina Wasserman. “These are the tastes of our families and our traditions.” 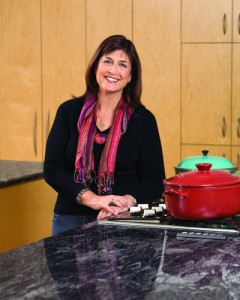 By Rachel Gross
Sadia Shepard learned of her Jewish roots at age 13. Since then, she has written a book and traveled to Jewish communities across the country to share her story.
Shepard discovered her Muslim grandmother was actually Jewish. Before her grandmother died, Shepard made a promise that she would go to India to learn about her Jewish faith. Shepard’s book, “The Girl from Foreign,” weaves stories of her cross-cultural childhood with tales from her two-year journey to India to uncover the Bene Israel, a tiny Indian Jewish community from which her maternal grandmother originated. 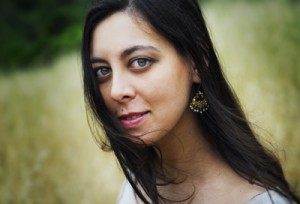 Shepard will be the guest at this year’s community read on Dec. 14 sponsored by the Tycher Library of the Jewish Federation of Greater Dallas. The event will begin at 7 p.m. in the Zale Auditorium of the Aaron Family JCC.
She said she plans to discuss the legacy of the Jewish people in India and her personal story to connect with her grandmother’s community.
“One thing I hope people take away is the great gift that older people in our lives have for us — the power of storytelling,” she said. “By hearing their stories, there is so much to learn about our own families and different ways of seeing the world.”
Shepard grew up outside of Boston with a multicultural family; her father was Protestant and her mother was Muslim. After she found out her grandmother’s name was Rachel Jacobs, it sparked an interest in learning about Judaism.
She said growing up with many different religions made her become more educated, and she hopes to share her wisdom.
“I was fortunate to grow up in a home with three different parents. It became a catalyst in my life to learn more about Judaism,” she said. “Coming from a home with multiple religions can often be confusing, but it’s also a great opportunity for dialogue and learning. When you are a kid, you’re not always interested in family and tradition, but I was lucky that my interest in different faiths and traditions was encouraged.”
Shepard also made a documentary in 2008 called “In Search of the Bene Israel,” a film that follows a group of more than 3,000 Jews in Bombay. Shepard plans to share this at the Dallas event.
She added that she is excited about her visit to Dallas and is grateful for the opportunity not only to educate people about her life, but to learn their stories as well.
“Texas is a melting pot of so many different countries and has many different influences,” she said. “There is a large Indian community, immigrant groups from all over the world and a thriving Jewish community. It’s exciting to have the chance to visit a place where all of these different elements are coming together. One of the best things about publishing this book is developing the new awareness of the diversity of Jewish communities in the United States.”
The community read began in 2007 and has received accolades since. Joan Gremont, director of the Tycher Library, said about 200 people attended last year and the hope is for that number to double.
People are asked to read the book on their own, and then attend to meet the author and join in discussion. The audience will also have a chance to ask Shepard questions.
Gremont said being able to hear the writer in person makes the book much more personal.
“There is nothing like hearing the author because it makes the book come alive,” Gremont said. “This is a book that has universal appeal. It’s Muslim, it’s Jewish and the main question is: What religion is Sadia Shepard? The book doesn’t tell you and I’m sure that will be the first question she is asked. When you read a book you really love, you want to talk about it; that always makes magic. This makes it real because you see the person behind the words.”
For more information, call Gremont at 214-239-7133. Books are available for purchase at the Tycher Library and other book retailers.

North Texas now has its own FIDF chapter